Nearly all charities (91%) in England and Wales have experienced some negative impact from Covid-19, research by the Charity Commission has found.

A survey concluded that the consequences of the pandemic have been “wide-ranging and often severe”, spanning service delivery, financial and staffing issues, as well as frustration and uncertainty.

It found that Covid-19 has predominantly impacted charities’ services and delivery (85%), alongside their financial position (72%) and staffing and governance (66%).

Operationally, the regulator found that there is frustration caused by the uncertainty around when charities will be able to return to ‘normality’ with a majority losing income from charitable activities (60%)

Access to volunteers has also decreased for a third of charities (32%).
In terms of funding, some charities said that they have already accessed support, but many would appreciate further clarity on where to find it.

It found that 20% have accessed local authority funding, and 14% have used UK government funding, but half would find more information on financial support helpful, and often suggest the Charity Commission could do more to help charities find/access it.

The survey also found that many charities have actively tried to counter the impact of Covid-19, most commonly by adapting their services.

The most common action taken by charities is adapting their services in light of restrictions (45%), followed by using financial reserves (40%) and even pausing operations temporarily (32%).

A fifth have furloughed staff (18%) while restrictions resulted in less emphasis on in-person events and cash donations.

However, nearly half of charities (49%) have made better use of digital technology during the pandemic.

Whilst many have actioned changes in light of Covid-19, there is some concern surrounding future viability.

The Charity Commission said that a “significant minority” (34%) expect to generate less revenue from fundraising and donations in 2022 with over half (62%) anticipating a threat to their charity’s financial viability in the next 12 months.

However, the regulator also found that a majority expect their charity to be in the same or better position overall.

Read the full results of the survey here 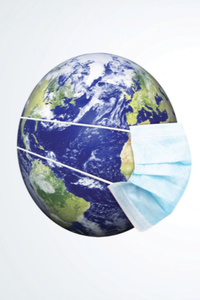 Melissa Moody: Does the term trustee need a re-brand?

Charities to be left with ‘permanent income scar’, figures show