The Chartered Institute of Fundraising has announced a shake-up of its trustee board, which will be chaired by Macmillan's former fundraising chief.

The charity sector body made the announcement at its annual general meeting on Monday, which took place during its online Fundraising Convention.

Claire Rowney joined the board as its new chair on Monday after an announcement was made about her appointment in June. She is currently executive director of fundraising, marketing and communications at Macmillan and takes over from British Heart Foundation fundraising director Amanda Bringins, who has come to the end of her three-year term.

Both Bringins and fundraising consultant Emily Drayson are retiring as trustees of the IoF at the end of the terms.

Other senior changes at the IoF include fundraising consultant Carol Akiwumi being named vice chair and Isobel Michael being re-elected to service a second three-year term. Michael is a fundraiser for the Southside Family Project in Bath and has been secretary of the IoF’s south-west regional group.

Meanwhile, Nadine Campbell, chair of the IoF in Northern Ireland has been elected as a trustee for the first time.

“Congratulations to Nadine Campbell, our newly elected trustee, and to Isobel Michael on being re-elected. They both already give a he amount of time & expertise to the Chartered Institute and I’m looking forward to working with them over the years to come,” said IoF chief executive Peter Lewis.

“I also want to give my heartfelt thanks to Amanda Bringans and Emily Drayson, who are stepping down as Trustees. It has been a huge privilege to work with them as they have led us to become the Chartered Institute of Fundraising. And a particular thanks to Amanda, who has offered me personally so much time & support as Chair over the last 3 years.”

At the IoF’s convention this week charity campaigner and TV celebrity Sir Lenny Henry was celebrated with a Special Recognition in Fundraising Award. This was for his work raising money with Comic Relief, as well as championing diversity in the arts.

Henry opened the convention to share his experiences of fundraising. “We haven't always done everything as fast as we could,” he told the Convention.

“But we're doing new things, donating by text, social media, we need to challenge ourselves and our technologies. Exploring new ways to bring an authentic voice to our beneficiaries, rather than a celebrity-led approach.

“For me, at Comic Relief, the best moment was knowing the public was engaged. When we went over £3.5 billion for the first time, our jaws just dropped. It showed how much hard work everyone had put in and we had done all of this together.” 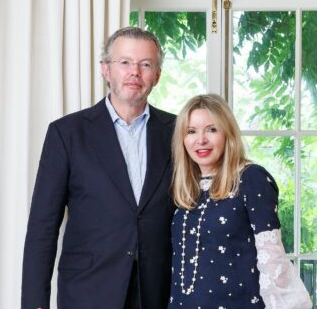 ACF: Foundations need to do more to promote ethical investments

Charity Commission secures £46m worth of accounts from ‘double defaulters’