Small charities have more demand than any other stage of the pandemic, new research has revealed.

According to giving platform Neighbourly, small charities and local causes continue to face an increase in demand for their services, with 62% of charities seeing a rise in need over the past three months.

The organisation’s Community Insights survey has tracked demand on small charities and community causes throughout the pandemic, and shows that the average number of people supported by local causes reached a record of 417 people in June, an average increase of 118 people compared to June 2020.

Comparing data since March 2020, the average number of people a charity supports each week has risen by 187%, a number that has increased consistently every quarter, it claims.

Despite the rise in demand, 48% say that their income has dropped over the past three months – with 50% flagging their financial situation as their biggest concern.

Neighbourly CEO, Steve Butterworth, said despite the "proven power" of small charities, they are still "undervalued".

"With demand for their essential services continuing to rise, the UK’s community infrastructure must be sustained to ensure that our communities not only survive but thrive. Levelling up to ensure a stronger, fairer and more resilient UK needs to begin in communities and be driven by the knowledge of local people," he said.

“Alarming levels of poverty, inequality and social isolation, alongside mounting mental health problems, are pushing some communities to breaking point. Together we must ensure that local causes have the resources they need – from financial support to donations of food and volunteer time.

"Small charities and hyper-local good causes must be at the heart of discussions and action around how we recover from the pandemic and level up the UK.”

A large majority (97%) of those surveyed expressed concerns about the impact the end of the UK’s self-isolation restrictions would have on their service users; 83% were particularly concerned about vulnerable people having to isolate again.

Universal Credit has supported many in need over the course of the pandemic, with a £20 a week uplift, while millions have had 80% of their salary supported through the government’s furlough scheme.

However, both of these systems are due to be removed at the end of September, meaning a “huge number of people are at risk of falling through these financial safety nets”, plunging thousands more adults and children into poverty, Neighbourly has said.

As a result, 63% of the organisations that responded to the survey said that the removal of financial support will be the main reason for an increase in future demand for their lifeline services.

Combined with the end of Covid restrictions, respondents expected to increase demand for their services by 33% over the next three months.

This could equate to an additional 140 people per good cause needing support every week. Applied to Neighbourly’s entire network of charities and community groups across the UK and Ireland, this could mean the equivalent of more than 2.3 million people needing additional support in the next three months. 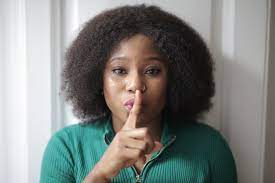