Srabani Sen: "Don't let awkwardness be the enemy of the right"

I frequently speak with people of colour who report that when they raise concerns about subtle racism at work, their managers try to explain away their experience or find excuses for the perpetrator. The “I’m sure he didn’t mean it that way” syndrome. Most people want to do the right thing, don’t they? So why is subtle racism so regularly brushed under the carpet?

The term “racism” evokes images of the aggressive, overt language and behaviour most of us would find deeply offensive. However, the racism most people of colour face at work is far more subtle. These forms of racism are often misunderstood, and can be interpreted by those who don’t experience them as not being a big deal and can be glossed over. At worst, people of colour can be perceived as making trouble when raising issues others consider to be insignificant.

Covert racism, for example, where people do not express openly racist views, but behave and speak in ways influenced by racist views they consciously hold in private, is often not visible to others. This makes it all the more pernicious.

The impact can run deeper than the immediate pain caused by a specific incident, though this is bad enough. Regularly suffering these subtle forms of racism can undermine the confidence and well-being of people of colour, put barriers in the way of their progress, and in some instances force people to leave jobs they otherwise love.

A constant barrier in anti-racism work is the awkwardness people feel in even talking about the issues. I have even heard white people blaming people of colour for being too aggressive in raising their concerns, utterly unaware of the “people of colour are aggressive” trope they are perpetuating, and completely ignoring the fact that pain could be at the heart of people of colour raising concerns in a forceful way.

Accusing people of racism can feel like a “nuclear” thing to do, and tantamount to accusing someone of being evil. Because perpetrators can be perceived as otherwise being good people, the “halo effect” can kick in. A manager can feel that to raise issues would not be fair on a perpetrator given that, generally speaking, they are “a good bloke”. This can sometimes extend into making the person of colour feel bad for raising the issue in the first place.

Even if people to whom subtle racism is reported want to address the matter with the perpetrator, they often don’t know how. They lack the language, tools and confidence to tackle the issues head on. However, this is such a simple matter to address. There is training out there for people who want to get it right. At the very least, a manager can believe and acknowledge concerns that a person of colour raises with them, and take them seriously. 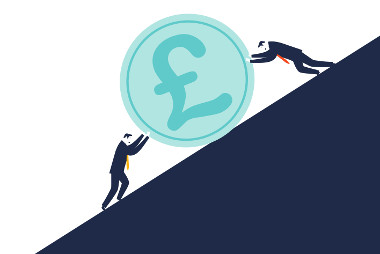 Srabani Sen: "Don't let awkwardness be the enemy of the right"