BLOG: Last year was an annus horribilis for the charity sector – but it can recover

One notable feature of YouGov’s recent CharityIndex rankings was the overall decline in the sector’s scores over the course of 2015. Last year was an annus horribilis for the charity sector with stories about the death of Olive Cooke, the poppy seller who reportedly felt "tormented" by cold-callers from charities, and also headlines exposing how some charities were "hounding" vulnerable people with calls.

Given the rankings are based on the Buzz metric which measures whether people have heard anything good or bad about a charity in the previous two weeks, it is not surprising that the score for the sector declined. But does this decline point to bigger issues for charities in the year ahead?

Using data from YouGov’s CharityIndex it is clear that the sector suffered a fair bit in 2015. The CharityIndex measures the public’s perception of the sector across a range of different issues, asking 100 people each day about their attitudes and opinions of 44 charities.

Looking at responses from the general public, it is obvious that, compared to 2014, 2015 was a worse time for charities. The average Buzz score for 2015 was 1.5 points lower than the previous year, but within this average were very steep declines when the sector was spread across the front pages. 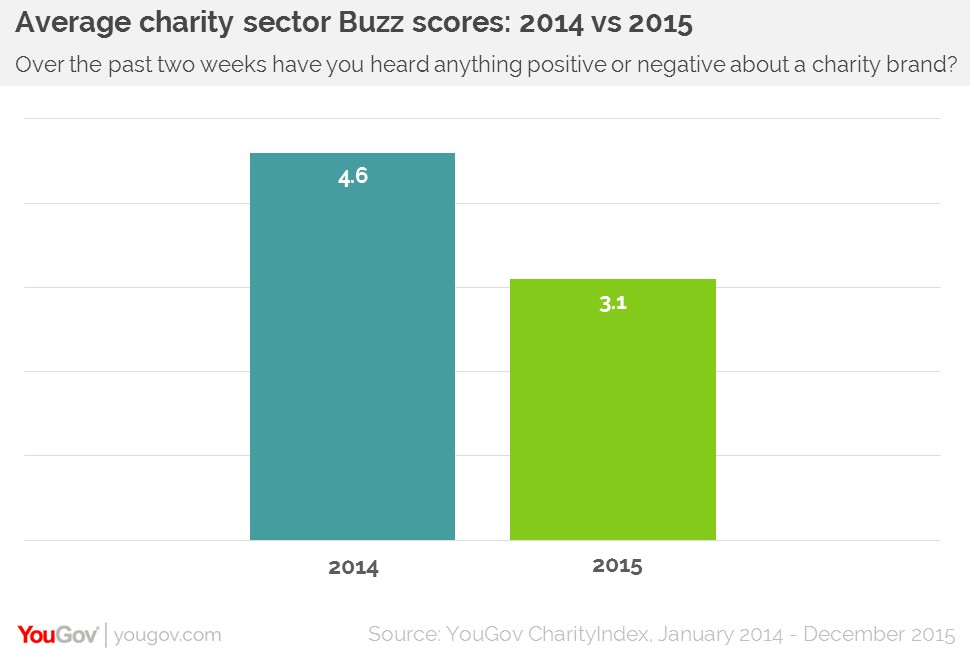 However, it does not always follow that negative media has an impact on a charity’s general brand health. To measure whether the sector as a whole saw a decline I have looked at the Index score – a measure that comprises six different brand health metrics.

While the decline in the Index score is smaller (1.1) than the Buzz score, the implications are more serious as instead of just measuring what people have heard about the sector, it gauges what people think. This implies that across the sector the negative headlines have started to impact how the general public view charities as a whole. 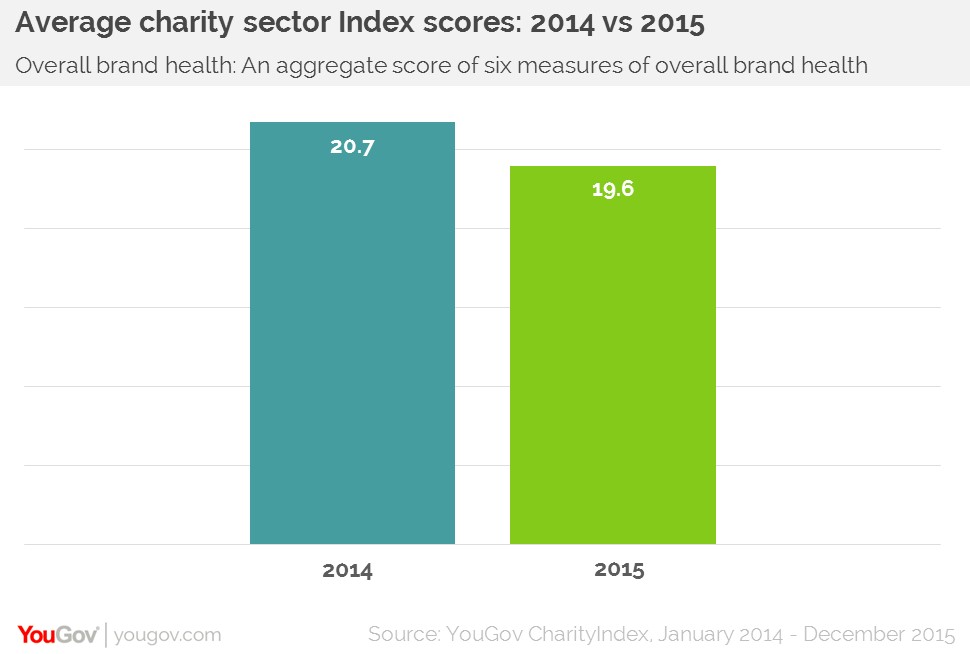 Crucially, the decline in brand health has also fed through, albeit in a small way, into people’s willingness to donate to charities in general. The sector’s Consideration score shows that there has been a year-on-year decline in how likely the general public is to dip into their pocket in to give to charity.

The decline of two percentage points (from 20% to 18%) may not sound like a lot and is certainly something that is recoverable by the sector. However, this is a measure of the general public, many of whom are casual donors at best. If they are given any reason not to donate to a charity it can mean the difference between money being given and money being kept. 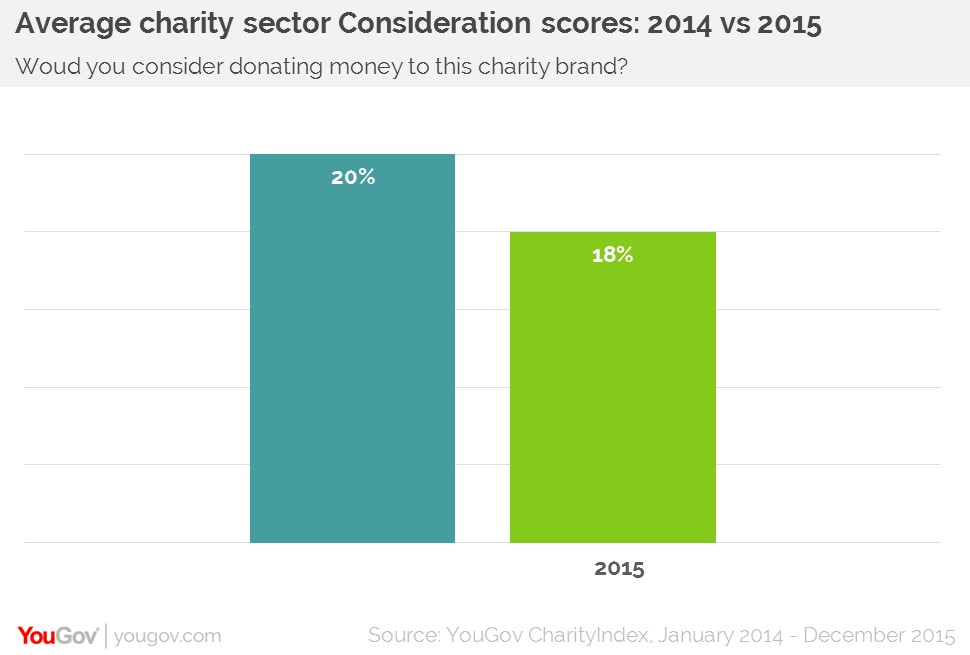 Since the financial crisis charities have been under pressure to raise funds for their activities and increasingly the general public have been approached to do more and more often. As a result, some among the public and media expect more from organisations – in some cases expecting them to use money only in ways they favour, in others to conduct themselves in a matter that they deem fit. When charities are seen to fall short or to take a misstep, the media is now seemingly much more willing to probe into their activities.

While negative stories over the past year have made some people less likely to consider giving, the impact on charities’ perceptions is by no means irreversible. The decline in how charities are viewed by the public came about quickly and, while noticeable, it is not so major as to be irrecoverable. 2016 promises to be an important year for charities and it will be interesting to see how the CharityIndex scores develop in the coming year.