Charities are increasingly taking an honest look at themselves to ensure they are being inclusive, equitable and encouraging diversity.

This in particular covers their staffing and organisation, ensuring there are no barriers based on disability, gender, ethnicity or social economic background when they recruit and when staff are promoted.

Among charities to tackle racism in their ranks is Barnardo’s. An independent investigation instigated by the children’s charity found “evidence of racist and discriminatory behaviour, within its fundraising department.

Other charitable organisations to take this honest approach is the National Council for Voluntary Organisations (NCVO), which has created a board-level diversity committee to help address what it admits is a “structurally racist organisation”.

Last year the NCVO also found that across the sector just 9% of charity staff and fewer than 6% of charity leaders are from Black, Asian and Ethnic Minority (BAME) backgrounds.

Earlier this year Versus Arthritis said it would act after the publication of a report following allegations of racism and bullying at the charity. This includes implementing an action plan on diversity and inclusion.

Save the Children UK had found almost a third of those in its organisation have felt excluded or oppressed.

Service delivery is another area where charities can be more inclusive, to ensure they are reaching all those in need. This is especially vital amid the Covid-19 health crisis as more services pivot online. Avoiding digital exclusion during the pandemic is paramount.

Here we look at ten of the top inclusion, equity and diversity resources to help charities improve.

Tackling digital exclusion is a top priority among charities, particularly amid the Covid-19 pandemic. Almost every aspect of people’s lives is online, from the cashless society to keeping in touch with friends. People from low income backgrounds, disadvantaged areas as well as those with disabilities are at particular risk of digital exclusion.

Ofcom found that in 2019 around seven million people did not have home internet access. This is around one in ten of the population. At least one in five adults who are not online said cost was a barrier to them, the communications regulator also found.

Among organisations to support charities and communities to tackle digital exclusion is the Good Things Foundation. Its resources include its 2021 report Shocks, knocks and building blocks. This calls on charities to support people with ‘soft skills’ to motivate their use of digital and build their confidence.

There is a clear appetite among many charities to find out more about how they can be more inclusive, equitable and diverse, a recent consultation around the Charity Governance Code suggests. This found that around two thirds of charities wanted 2020’s update of the code to say more about charities ethical principles, which also includes safeguarding.

A greater emphasis on equity, diversity and inclusion (EDI) was subsequently included in the revised code, which was updated in December 2020.

Boards are urged to:

1.Think about why equality, diversity and inclusion is important for the charity and assess the current level of understanding.

2. Set out plans and targets tailored to the charity and its starting point.

3.Monitor and measure how well the charity is doing.

4. Be transparent and publish the charity’s progress.

Women are less likely to be in senior roles across charities and are paid less than men. This is particularly the case among charity communicators.

A survey by Charity Comms and Charity People released this year found that the average hat the average salary for men in charity communication roles was £44,371, while the average for women was £37,431.

This survey offers a raft of advice to charities to ensure they are being equitable in their hiring processes.

This includes anonymising CVs at the shortlisting stage, seeking out advertisers that reach a diverse audience and that salaries are shown in job descriptions.

“From a diversity point of view, creating a working culture that is as accessible as possible is fundamental to ensuring that access to roles is open and inclusive to all,” says Charity Comms and Charity People.

Revealing the salaries of roles being advertised is a simple and highly effective way of ensuring staff recruitment is equitable.

The Show the Salary campaign launched in 2020 to urge charities not to advertise jobs as having a “competitive salary”.

By listing salaries as "competitive" you're perpetuating pay gaps - it's a discriminatory practice. So stop doing it.

The campaign warns that “salary secrecy” fuels wage gaps and discrimination, with women and black candidates hit the hardest.

The campaign is backed by a dozens of charity recruiters and charities and offers a range of resources to help promote diversity in recruitment.

This includes personal accounts of people in the charity sector impacted by discrimination as well as information on salary differences based on gender and ethnicity. It also signposts other recourses to encourage equity.

At the forefront of campaigning to address institutional racism within the charity sector is the group Charity So White. This started as a social media campaign #CharitySoWhite and has expanded online to include a raft of useful information.

A year ago today, #CharitySoWhite was founded to fight for a brave, anti-racist charity sector where racialised communities feel seen + supported. We've been tireless in our efforts to have our sector take the lead in rooting out racism.
Our path forward: https://t.co/Kx1s9Grt76 pic.twitter.com/1o787zaunx

Resources include a live position paper on racial injustice in the Covid-19 response. This is being followed up by a “focus towards tackling the systemic racism” that led to racial injustice amid the pandemic.

The campaign group also offers a raft of commentary on major decisions within the charity sector and how it can improve on diversity.

Among its blogs is a look at “Why is it so hard to talk about racism?” Another looks at equitable funding distribution.

A useful resource into the barriers facing people with disabilities in the charity sector is Hidden Leaders, a report published early in 2021 by ACEVO.

This includes interviews with disabled charity leaders and analysis of recent research.

It found that while disabled people account for a fifth of the workforce, only 16% of charity sector chief executives are disabled.

In addition, the charity leaders' body ACEVO has launched a pilot programme to support chief executives and board chairs to achieve greater racial equity within their organisation.

This looks at issues such as ensuring leaders are promoting racial diversity and inclusion in their charity. It also looks at peer learning in areas of racial equality as well as supporting continuous learning and self-reflection on racism and race equity.

This involves training, analysis and consultancy work for staff and managers to “drive real culture change”, according to the consultancy.

Training includes an inclusive recruitment courses that look at issues such as the legal context in recruitment, shortlisting candidates without bias and practicing inclusive interview skills.

As staff increasingly work from home and services pivot online, ensuring digital accessibility is more important than ever for charities. EqualWeb Digital Accessibility is among companies that can help. This specialises in using technology to improve accessibility through areas such as design, programming and marketing.

Among useful resources from Equal Web is a free auditing tool to look at websites’ accessibility issues, including guidance on how to fix them.

Other accessibility technology it specialises in includes a screen reader adjustment to cater for those with sightloss. This can convert digital text into synthesized speech. Another is a blinks blocking tool, for internet users who are susceptible to seizures caused by strobing, flickering or flashing effects. This is particularly useful for staff and service users with learning disabilities, who can be distracted by such visuals.

Inclusive Boards has worked with charities including Amnesty International, British Red Cross and the Royal National Institute for the Blind to help improve board level diversity and develop stronger governance structures.

It also carries out research into diversity and inclusion as well as developing benchmarks to help charities improve. This includes a look at diversity in sport governance as well as work around disability.

This diversity, inclusion, culture and ethics consultancy helps organisations improve their workplace culture. Unconcious bias is among issues it looks to address through training, audits and other support.

Green Park resources specifically for charities include its Third Sector Leadership 2000, which maps the ethno-cultural diversity of selected board and executive leaders across trusts and charities.

Another useful resource is it’s the Colour of Power report, which looks at diversity across the public and private sectors. The 2020 report found that just 52 out of the 1,099 most powerful roles in the country are filled by non-white individuals.

The RNIB offers advice to organisations on how they can ensure their website or app is accessible for those with sight loss. Through this service the charity helps organisations to understand the needs of those with disabilities and ensure technology is inclusive.

The charity also helps to resolve any barriers that are currently preventing those with disabilities from using a website or app.

Its work includes testing with service users through a “usability lab and a panel of people with disabilities who act as our test participants”, according to the RNIB.

Charities, and in particular their leader,s can fall victim to abuse and intimidation online. This is often based on gender, race or disability.

A joint report by Social CEOs and Acevo released in 2019 revealed the “shocking” impact of online abuse that charity leaders face, including anxiety, stress and isolation.

The campaign group Center for Countering Digital Hate has been set up to support victims and tackle abuse across social media and the wider internet. This includes a practical guide called Don’t Feed the Trolls, to dealing with hate on social media.

The campaign is backed by a number of celebrities such as BBC Match of the Day presenter Gary Lineker, as well as politicians such as Sadiq Khan, and charity leaders, such as Five Foundation chief executive Nimco Ali.

In July 2020 the Chartered Institute of Fundraising published a series of recruitment guides for the charity sector, aimed at encouraging diversity and equality.

These focus on an ethos of “culture add” rather than “culture fit” in promoting an inclusive voluntary sector. The guides also takes into account advice on recruitment amid the Covid-19 pandemic.

The four guides are called Change Collective Recruitment Guides and cover issues around hiring managers, recruitment among small charities, support for job seekers and help around diversity for recruitment agencies.

Tackling racism and encouraging diversity within charity retail is the aim of an action plan introduced in August 2020 by the Charity Retail Association.

This looks at issues such as ensuring internal policies and procedures improve diversity and inclusion.

Equity training for all staff, including board members, is a high priority of the plan. Further work by the Association around diversity being planned includes an annual research report.

CRA chief executive Robin Osterley said: "We believe we have a moral duty to help tackle racism in all its forms, and to give our members appropriate guidance, training and encouragement to excise racism from their activities.” 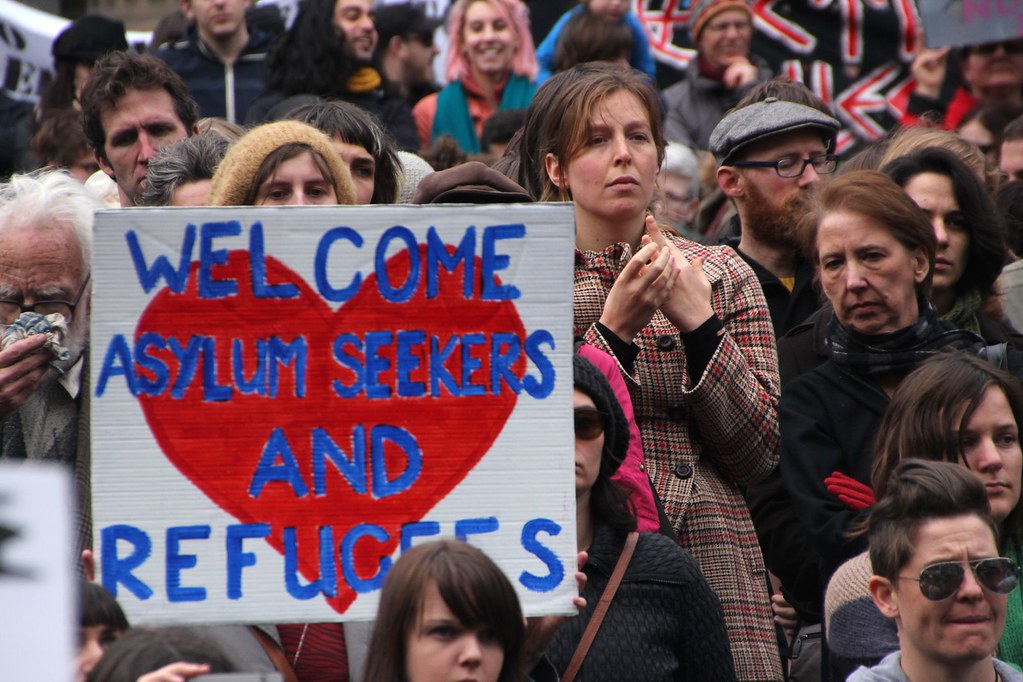