Norman Lamb to quit parliament to focus on charity work 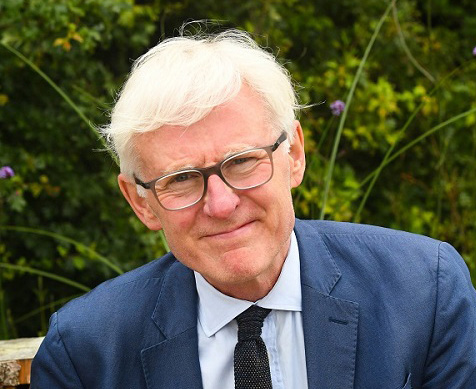 The MP and former health minister Norman Lamb is to stand down at the next general election to focus on his charity work supporting people with mental health, learning disabilities and autism.

The Liberal Democrat MP for North Norfolk said it was a “painful” decision to stand down from parliament after 18 years in the role and he will not seek re-election at the next general election.

Instead he will focus on his newly created Norman Lamb Mental Health and Wellbeing Fund, which he has set up with his wife Mary to help support people with mental ill health issues as well as those with learning disabilities and autism.

“It’s a really difficult decision for me but I want to focus my efforts on the issues that I’m passionate about particularly the cause of equality for people with mental ill health and those with learning disability and autism, he said.

Suicide prevention will be another key area of the Fund’s work.

He added: “We are setting up a fund first of all to support people in Norfolk, to support outstanding people doing amazing work in the community, grass roots organisations doing important work. To support people, to support their mental health, their wellbeing and to support people with learning disability and autism. And also focus on suicide prevention. These are the causes I care about.”

Lamb’s Fund is being supported by Norfolk Community Foundation, which is inviting donations for the initiative via its website.

It’s website says: “It is estimated that one in four people in the UK will experience a mental health issue each year. In England, one in six people report experiencing a common mental health issue (such as anxiety and depression) in any given week. However, many people currently find that they are unable to get the help they need as health services come under critical pressure.”

Lamb was knighted in the Queen’s birthday honours in June and stood, unsuccessfully, for the Liberal Democrat leadership in 2015.

During his political career he served as his party’s spokesperson for health, before becoming coalition government health minister for care and support between 2012 and 2015.

Sad decision to stand down as MP after 18 years. Honoured to represent people in N Norfolk. Today Mary and I set up a Mental Health Fund for Norfolk. Click here https://t.co/qxqzt1JSMV to contribute. Also exploring a potential national fund to fight for equality on these issues. pic.twitter.com/Ccf3FQpdTM