The chief executive of Mermaids Susie Green has left the charity, which supports young transgender people.

The appointment was announced at the weekend by the charity’s chair Belinda Bell.

The charity added that “an interim CEO will be appointed shortly”.

“The Trustees are very grateful to Susie for everything she has done over the last six years to support trans, non-binary and gender-diverse young people and their families, and to build Mermaids into the organisation it is today,” said Bell.

“We wish her all the best for the future.”

The announcement of Green’s departure comes two months after the Charity Commission opened a compliance case into Mermaids around safeguarding at the charity.

The case was launched after concerns were raised around chest binders being made available to young people without their parents’ consent.

“Concerns have been raised with us about Mermaids’ approach to safeguarding young people,” the Charity Commission confirmed.

“We have opened a regulatory compliance case and have written to the trustees. We now await their reply”.

The Commission stressed that the opening of a compliance case is not in itself a finding of wrongdoing.

The charity also detailed how during the summer “an individual – possibly a journalist” tried to gain access to its online forums by posing as a 14-year-old in need of support.

“Security of our platforms and safeguarding of young people is of the utmost importance to us and we will continue to regularly review our processes and procedures to make sure our forums remain safe and secure,” the charity added at the time. 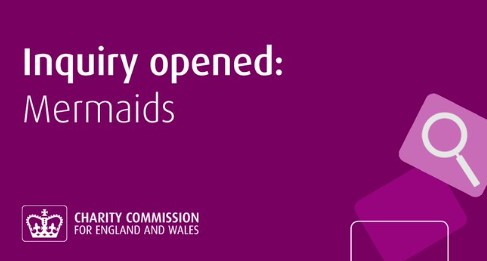