The findings have emerged in Enthuse’s Donor Pulse Spring survey which found that the proportion of people who donated to NHS and public health charities has fallen from 31% to 26% over the last year.

Charities supporting mental health are a key growth area of giving and it is now firmly established as a key cause among donors, said Enthuse.

Meanwhile, support for charities funding medical research increased from 28% to 35% between Spring and Autumn this year, this has now fallen to 32% this Spring.

Local and community causes have also seen a dip in people donating, from 17% to 13%, over the last year.

Meanwhile, the proportion of people donating to children’s charities has increased from 27% to 33% over the last year and there was a rise from 32% to 34% for animal charities over the same period.

The increase in support for anti-poverty charities, such as those running foodbanks, has risen from 27% to 30%.

The biggest increase has been for charities supporting mental health. The proportion giving to these causes has increased from 23% to 29% over the year.

The figures indicate donors are “returning to more traditional priorities with animal and children’s charities occupying the two most popular spots”, said Enthuse.

“Meanwhile, NHS and public health dropped out of the top five donation areas for the first time since the start of the pandemic. Local and community causes also saw a marked drop, as people focused on more traditional issues.”

The online fundraising provider added that the boost mental health charities experienced during the health crisis has continued post pandemic.

Mental health is an area that “is now establishing itself in the most frequently donated to sector”, said Enthuse.

Sectors to receive the lowest proportion of donations in the last three months are older people, environment, overseas aid, education, faith and arts and culture.

“While the return to more normal patterns of giving is a positive in lots of ways, it is important for charities outside of the top donation areas to consider how they can continue to make their campaigns and appeals relevant to ensure they do not get squeezed out by more traditional donor thinking,” Enthuse warned.

The survey also found that over the last three months more than three quarters (76%) of people have donated. This is the highest amount Enthuse has recorded.

“Nearly half of people already feel worse off than they did six months ago and this translates into slightly more than half stating it is harder for them to donate.”

“Despite this, three quarters of the public intend to donate in the next three months – a promising figure, but while volume may hold up, it’s likely that there will be downward pressure on the average amount donated.”

Among those surveyed 54% said they are happy to take part in such events, double the proportion the same time last year.

Even with this increase in support for mass participation events there continues to be interest in virtual events, with more than half (58%) saying they are interested in such activities.

“This suggests that virtual events are both here to stay and have a complementary role to play to in-person activities,” said Enthuse.

“For charities, this means they should consider how they can use virtual elements to extend the reach of their in-person activities.” 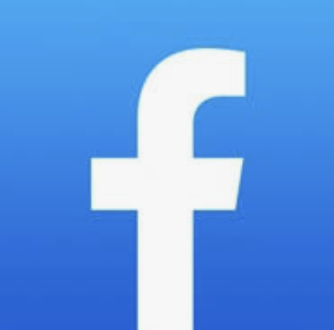 Victoria Edwards: Covid made me realise we are stronger together