A fifth of charities are predicting they will not even be able to raise half of their fundraising target this year.

In total 57% of charities will be below their fundraising budget according to the survey, of 35 charities carried out by consultancy Gifted Philanthropy.

The survey also found that a third of those surveyed believe they will be able to meet their fundraising target this year. A growth in online fundraising has been central to optimism among this group.

“Surveys of this nature, especially with a small number of participants are understandably limited when it comes to gaining a laser sharp view of the emerging fundraising landscape. However, they do provide a starting point from which to reflect and learn,” said Gifted Philanthropy.

It added: “The pandemic has forced charities to look long and hard at their strategies, to take action and make difficult decisions that have often improved their sustainability. It has evoked tremendous creativity, with fundraisers, volunteers and charity leadership devising new and engaging ways of raising money in the face of adversity.”

Online giving was the highest increased area of fundraising, cited by more than a quarter (26%) of those surveyed.

However, it also emerged that 29% have not seen any of their income streams increase.

In terms of online fundraising growth, almost three quarters (71%) of health and welfare charities surveyed were able to pivot fundraising events online. “This was probably driven by necessity, with many hospices and hospitals relying heavily on community fundraising and sponsored events to raise funds,” said Gifted Philanthropy.

A survey by community organisations membership charity Locality found that four out of ten charities and community groups expect to lose at least a quarter of their income between July 2020 and January 2021.| 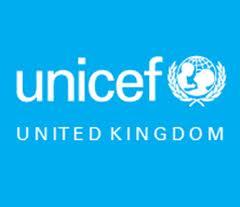 Military charities among good causes to benefit from £350,000 Boeing grants