A dental charity has stepped in to support pupils who are unable to access treatment on the NHS.

DentAid has been called in to carry out dental work for pupils at a school in West Yorkshire, who have been unable to access a local NHS dentist.

Often this is emergency work to help relieve pain pupils are experiencing.

The charity has been called in to Trinity Academy Grammar in West Yorkshire to also treat tooth decay and advise pupils on their oral health.

Families in the school’s catchment area, which is an area of high social disadvantage, have struggled to access NHS dentists nearby, which has left many children unregistered for treatment.

The charity already supports the dental needs of vulnerable communities in the UK, including those impacted by homelessness, but this is the first time it has been drafted into a school.

Volunteers at the charity carrying out the treatment are local dental professionals giving up their time for free.

Since its work at Trinity Academy has attracted publicity, the charity has been contacted by several other schools looking to support the dental needs of their pupils, said a spokeswoman for the charity.

She said: “We are running three, week-long dental camps at the school. We have two units up there, one a mobile unit and one a trailer, which are fully kitted out dental surgeries on wheels.

“We are doing everything we can to save teeth, we are doing preventative stuff as well as emergency pan relief and treatment. The priority is to help the kids who are in dental pain.

“It is also about protecting them against future damage as much as we can and increase awareness of the importance of dental health, because sometimes people aren’t aware of it until it’s too late.”

She added: “Other schools have been in touch. There definitely is a need and that’s what we are there to do, meet that need. But at the moment it is just this school we are working with, simply because there is so much demand for our services anyway with all of our other projects. We are booked up months in advance.” 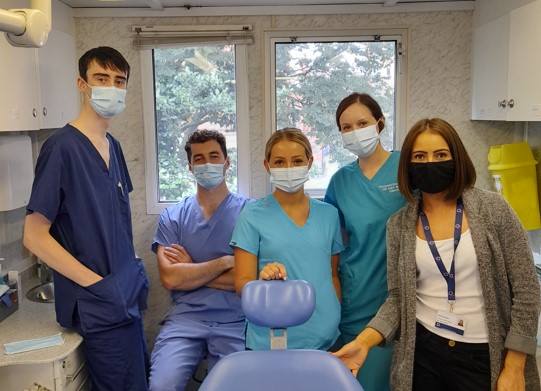