A former manager of an autism charity has been jailed after spending £145,000 of its funds on holidays and concert tickets.

Dawn Franklin spent the money belonging to Autism East Midlands on 14 holidays for family and friends as well as electrical items, days out and concert tickets.

She drew money out from the charity using its bank cards for fraudulent petty cash transactions and then creating false receipts.

Franklin, 47, of Waterfields, Retford, was jailed at Nottingham Crown Court this month for three years and four months.

She had pleaded guilty to the charges of fraud that involved abusing a position of trust, false representation, and false accounting.

Autism East Midlands chief executive Jane Howson said: “The trustees and senior management team of Autism East Midlands were shocked and distressed by the fraud conducted by Dawn Franklin. She betrayed her position of trust within the charity and the trust of the families she was employed to support.

"We are very glad that this has now come to a conclusion and that justice has been done.

"In the three years since this was discovered we have continued to grow the charity and support even more autistic people and their families. We are committed to ensuring Autism East Midlands remains a key source of help and advice for people of all ages on the autism spectrum."

The fraud took place over a seven-year period up to 2018, when concerns were raised around a contract she had been entrusted with. She was suspended while an internal investigation was carried out.

“Autism East Midlands do some incredible work, supporting adults and children with autism, providing them with opportunities and guidance as well as educating people on autism,” said Nottinghamshire Police detective constable Jason Jenkins.

“During her time with the charity, Dawn Franklin held a significant position of trust and responsibility, and it is absolutely abhorrent that she decided to abuse this for her own gain. No charity should be faced with this.

“Her actions had a huge effect on the charity, colleagues and people that they worked with, and it is really positive to see that the courts have recognised this and served her with a custodial sentence, which we hope will give her the opportunity to reflect on her actions.

“We also want to offer our continued support to the charity during the conclusion of this case and hope that the sentencing offers some closure and reassurance as they continue their all-important work.

“We would urge anyone who thinks someone they know or work with might be committing fraud to get in touch. This robust action and result shows just how seriously we take this and we will work tirelessly with Action Fraud to bring those responsible to justice.” 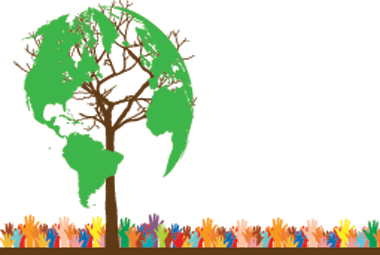