Covid recovery has put charity staff under a “huge strain”, with leaders particularly impacted as they oversee a raft of organisational challenges from falling volunteer and staff numbers to increasing demand for services.

The findings have emerged in a report by Locality into how community organisations have adapted to the health crisis.

This found that “the impact community organisations have had cannot be underestimated” in supporting people amid the health crisis “but has not come without a cost”.

“There has been huge pressure placed on staff to respond to the rising demand for services and support the community in what has not been an hour of need, but two years,” states Locality’s report Navigating the Storm.

“Organisations we have spoken to throughout this research have consistently described staff burnout as one of the biggest risks they face.”

The strain of running a community organisation amid the health crisis “has put staff at all levels under huge strain, from CEOs trying to hold everything together to frontline staff responding to surging demand”.

Increasing demand for services has been a key challenge, with 61% of community organisations surveyed saying demand had risen.

Another is falling volunteer numbers. More than half (58%) said they had lost volunteers during the pandemic and a third had reduced numbers of paid staff.

“From our research we have heard of particular strain on CEOs, and it is vital that community leaders look out for their own mental health as well as their staffs’,” states the report.

It urges charities to access support networks to connect to other charity leaders to tackle concerns they have around their role.

In addition, “CEO welfare should also be a key concern of an organisation’s board”.

Locality’s report also urges charity leaders to invest in mental health support for staff, including promoting flexible working and “making sure that employees do not feel the pressure to show the same level of productivity every day”.

Exercise, meditation, and yoga sessions are among practical activities the report recommends to support staff wellbeing.

“Lots of other organisations I've talked to have talked a lot about health, particularly mental health ... I've really noticed that basically, staff are working flat out at the moment ... I worry about that,” said one community group representative surveyed for the report.

Another said: “The human side of working was difficult – challenging to keep people connected. As people come back, we have to be kind and gentle as people had different experiences.

“Many people are still grieving, having lost family and friends, and may now need ongoing support with their own mental health. It’s important that we have a caring workplace”.

Last July the Charity Digital Skills report revealed that just under a third of charity staff are “burned out from the demands of intense remote working” amid the Covid-19 pandemic.

Among community organisations surveyed more than three quarters (78%) said they are optimistic for the future and almost four in ten (39%) said their financial position had “significantly improved” since March 2020.

But the report warns that this sense of optimism may fade as several government funding packages of support come to an end and “many see a cliff edge coming”.

The report also reveals that several community organisations are preparing succession planning due to CEOs approaching retirement and the older profile of boards.

“It is vital to have clear plans in place for succession and to do so as early as possible,” states the report.

“One way Locality members are approaching replacing CEOs is to recruit early and have long handovers or periods of shadowing. This enables institutional knowledge to be fully captured and ensures a stable and orderly transition.” 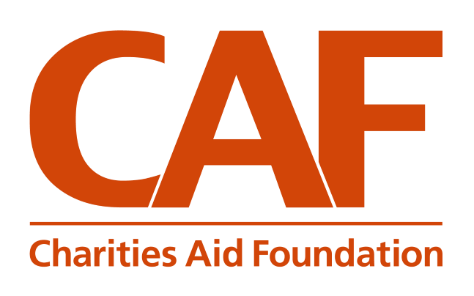