Shirley Morgan: The power of the dog

For almost 30 years I have been managing communications – for the past decade in the third sector. And recently something occurred to me. During all that time the most remarkable aid to face-to-face comms I have ever encountered has been an animal – or more specifically, a dog.

Of course, technology has transformed communication during my career. I’m old enough to have started out in a newspaper office with typewriters with carbon paper. And though I love a quirky short film, a good presenter and a chatty lunchtime Q and A, in certain circumstances, the power of the dog can outstrip them all.

Call me old fashioned, but I believe the most effective communication in any sector and at any level is still a face-to-face conversation. It’s something I try to instill in the younger people I work with. Some really important pieces of information need to be spoken, not written down, and that’s where I’ve seen canines take centre stage.

I own a big friendly dog and each day conversations start because of him. Whenever we are out walking, or in a pub or a coffee shop, I am approached by people wanting to talk to us - people who otherwise wouldn’t have spoken at all. He prompts questions, he invites people to approach, he helps me share information – all the qualities that are a must in good comms management.

And in my most recent role I have been surrounded by that canine magnetism. Working as a consultant for Guide Dogs left me in awe not just of the dogs’ ability to change the lives of those with vision impairment, but of their talent for encouraging communication and making difficult situations easier. I was at the Guide Dogs 90th anniversary garden at Chelsea Flower Show and reckon that as many people came to chat to the pups in training as to the humans. It happened again and again – people started a conversation with a dog and continued with a person. In terms of PR, an approachable dog could be worth its weight in gold - one of the nearby exhibitors said he’d be sure to have a dog on his stand next time.

But it’s in more difficult circumstances that dogs’ ability to help humans communicate comes into its own. One guide dog owner told me that her dog was her sight, her confidence and her ability to live independently – but she was also a valued conversation starter. While you should never approach a working guide dog, she said that in social situations people would chat because her dog was at her side; they would otherwise have lacked the confidence to strike up a conversation with a blind person. The dog is a conduit, a reason to stop and ask a question.

And there’s more. As part of Inspiring the Future I chat to local children and teenagers about reading, writing and careers. One school I visited had a resident ‘reading’ dog: a fluffy classmate content to just sit with the most reluctant readers and provide quiet confidence – and no criticism - as the children read aloud.

But it was the eight years I spent managing comms in adult and children’s hospices which showed me the extraordinary communication power of dogs. Their ability to sit beside people in distress is compelling. Nothing shuts down communication like impending death or bereavement, but dogs demonstrate a remarkable ability to re-start it. They don't answer back, don't make assumptions and they always keep secrets. As managers, we can all learn from that.

Here’s an example that I’ll never forget. Golden retriever Oliver was a hospice Therapy Dog, and during his visit the nurses mentioned a man whose wife was dying. He was so upset that he hadn’t uttered a single word to anyone for two days as he sat beside her.

Oliver padded in and stood right in front of him. The couple’s children were at the bedside and Oliver was introduced to them all. For a while, complete silence. Then, the man’s hand went to Oliver’s ears, he stroked his head and bent down close to that soft, furry face.

That short exchange made me realise that a dog had helped a man whose name I never knew to say things that were causing his heart to break, but which he wouldn’t (or couldn’t) say to a doctor, a nurse or to his own family.

And it taught me a valuable lesson about the challenge of good communication and managing its many facets: Whatever sector you are in, at whatever level, there are times when connecting with people is almost impossible. There are some people in your audience or in your team who will always find it hard to join in, for all sorts of reasons; and just occasionally there are messages that are almost too difficult to deliver, whether they come from you as a friend, a manager, or as a spokesperson for an entire organisation.

But in the past decade, working in third sector, I have seen a dog help a human to be equal to each challenge. If you have a pet dog, you might know exactly what I mean. The power of the dog, in communications terms and in managing difficult scenarios, is formidable. You might ask your CEO to get one for your team... 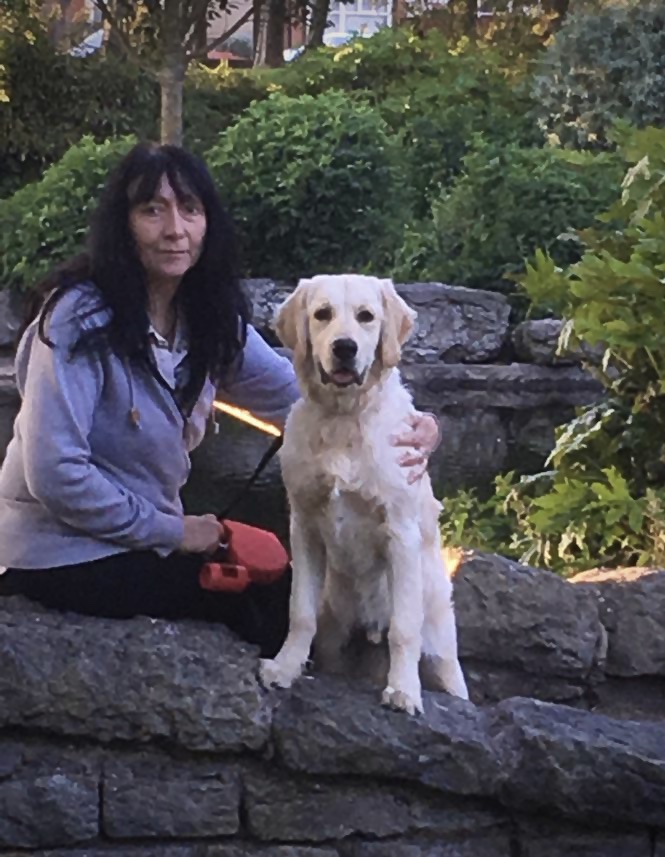 Shirley Morgan: The power of the dog