Residents of the South coast’s seaside towns and cities are among the most likely to leave a gift to a charity in their will according to latest legacy income research.

The study has found that the areas with the highest concentration of charitable wills include Brighton, Portsmouth, Bournemouth on the South coast as well as Exeter in Devon.

Birmingham is another hot spot of legacy giving, according to Smee & Ford’s Legacy Trends Report 2022, which is for the period up to December 2021 and includes reported and estimated legacy income.

Meanwhile, areas with the lowest concentrations of charitable estates include Sunderland, Telford, Halifax, Southall and Llandrindod Wells in Wales.

Locations to see the largest annual decline in charitable wills include York, Darlington and Oxford.

Population distribution and density, socio-economic factors as well as individuals’ personal circumstances are among factors in high concentrations in legacy giving in some locations.

“In the most general terms, more charitable estates still come from the South rather than Northern England or Wales,” states Smee & Ford’s report.

“However, taking the distribution of probated estates into consideration and calculating the percentage for each region that are charitable identifies which areas have higher concentrations of charitable estates.”

Nationally 13.6% of all probated estates contain a gift to a charity. In some areas along the south coast one in five wills involve a charitable gift.

Also revealed in Smee & Ford’s report is that charity income from gifts in wills in 2021 slumped to its lowest level in four years.

The last time legacy income was lower was in 2017, when the total stood at £2.9m

A backlog in probate caused by the Covid pandemic is a key factor in the slump as few estates could be processed due to social distancing restrictions.

An abnormally high number of deaths in 2020 compared to last year due to the health crisis is another issues in the revenue drop.

Despite the drop in income there were 10% more charitable estates in 2021 compared to the previous year.

Analysis released last month by creative agency WPNC suggests there will be a period of long term growth in legacy giving due to increasing number of millennials and generation X wanting to include a charitable donation in their will. 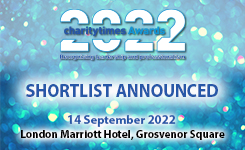