The Charity Commission has raised concerns around the administration of an education charity over the transfer of a school it operated and owned to a private operation run by two of its trustees.

The regulator’s investigation found that for two years from September 2013 Avicenna Global operated and owned the Avicenna Academy School, in Sheffield.

But in November 2015 the independent school, for Muslim girls and boys aged from four to 16, was transferred from the charity to a private partnership formed by two of the charity’s four trustees at the time.

Financial statements showed that the charity’s bank accounts continued to be used for payments made for school fees after this transfer.

“The trustees confirmed to the inquiry that they had not satisfactorily separated the finances of the private partnership, the school and the charity until September 2017,” the regulator found.

The school’s ownership was transferred again in 2017 to one of the trustees and a new bank account was opened for the school’s operation.

However, school regulator Ofsted’s records do not register this change in ownership until November 2018.

In addition, there is no record by Ofsted of the school’s transfer from charity to private partnership in November 2015.

The charity has not operated since 2019 and in September this year it was removed by the Charity Commission from the register.

In 2020 Ofsted issued the school with an improvement notice after finding failings during an inspection. This included safeguarding and leadership concerns.

“The inquiry met with the trustees and former trustees who had been in office at the time of the transfer of the school from the charity to the private partnership,” said the Charity Commission.

“They were unable to provide documents in the form of meeting minutes or financial documents to evidence the decision making from the period in late November 2015.

“The inquiry found the trustees could not demonstrate that the transfer of the school to the partnership had been made lawfully or in the best interests of the charity.”

The regulator is also concerned around the employment by trustees family members while the school was under the control and ownership of the charity.

It said that “although the trustees could not demonstrate that the transfer of the school to the partnership had been made lawfully or in the best interests of the charity, it did not appear to have suffered a financial loss from the transfer”.

The Charity Commission has said the case shows that “trustees must ensure that their charity has adequate financial and administrative controls in place, and that the funds of their charity are applied for the benefit of the public for which it has been set up”.

It added: “Trustees have a legal duty to act only in the best interests of their charity. If there is a decision to be made where a trustee has a personal or other interest, this is a conflict of interest, and you will not be able to comply with your duty unless you follow certain steps.” 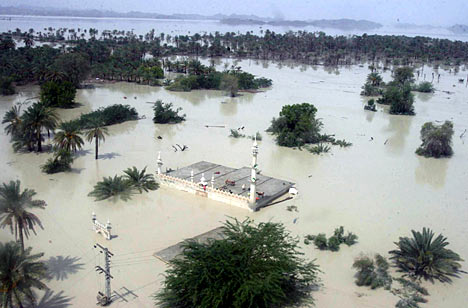 COP26: Green investment grants worth up to £100,000 available to charities