Brain Tumour Charity trustees Graham Norton and vice chair Graham Lindsay have stepped down from their board level roles to become interim chief executive and temporary deputy CEO of the charity.

The interim appointments of the two former trustees are awaiting Charity Commission approval and have been made until the charity can find a permanent successor to Alex Lochrane, who resigned this month after just six months in post following “a period of reflection”, according to the charity’s chair Jack Morris.

Former Royal Navy officer Lochrane took up the role in January, joining after spending more than six years as chief executive of Hampshire and Isle of Wight Air Ambulance.

“It is with our sincere thanks that we announce the news of Alex’s departure, following what I know has been an extremely tough decision and period of reflection,” said Morris.

“We are very grateful to Alex for the contribution he has made in such a short space of time – supporting an exciting period of regrowth for the organisation.

“Alex leaves The Charity in a very strong position as we prepare to launch our new strategic plan early next year – we are grateful to him for his service and we wish him all the very best for the future.”

Lochrane added: “The scale and pace of The Charity’s ambition to accelerate much-needed change on brain tumours make this an exceptionally rewarding and demanding role; a role in which I have learned a huge amount. This has therefore been a very difficult decision for me to make.”

Lindsay has been a Brain Tumour Charity trustee for 12 years and vice chair since 2013.

“I hope I can bring not only my own personal experience and passion in memory of my son but a vast knowledge of The Charity, its aims and vision, its history and its purpose, to support the team to continue delivering such impact for so many people affected by this devastating disease,” said Norton. 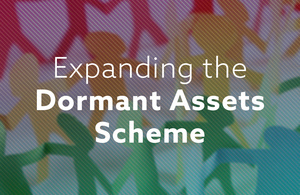