The regulator has also made a formal finding of “mismanagement in the administration of the charity”, over its repeated failure to pay creditors, HMRC and its staff on time.

But it added there was “no dishonesty, bad faith, or inappropriate personal gain” in the charity’s former trustees’ operation of the charity.

Among regulator’s criticisms is that the charity had been too dependent on grants, donations and a key individual donor, while operating low reserves and demand-led services.

A Commission inquiry was opened in 2015, when the charity closed, but its report, which has been published this week, had been held up after the Official Receiver took legal action against the former chief executive and founder Camila Batmanghelidj as well as several trustees.

This four-year legal battle ended in February last year when they were cleared by the High Court and the Official Receiver was unsuccessful in its attempt to disqualify the charity’s former leaders as company directors.

“The Commission has had regard to the High Court judgement and agrees with it that there was no dishonesty, bad faith, or inappropriate personal gain in the operation of the charity,” said the regulator.

It added that “the charity operated a high-risk business model, having rapidly expanded its operations” and that “the trustees allowed expenditure to increase without a secure stream of income to cover increased costs or mitigate an unexpected fall in fundraising”.

“Combined with the low level of reserves, this approach, unusual for a charity of its size, made Kids Company vulnerable to external pressures,” said the Commission.

It said that “a higher level of reserves may have allowed the charity to avoid liquidation, to wind up in a more orderly fashion, or to merge with another charity”.

Charity Commission chief executive Helen Stephenson added: “Kids Company’s sudden closure was a significant event, not just for those involved in and supported by the charity, but for wider society

“It served as a defining moment in the relationship between charities and the public on whom they ultimately rely, highlighting a sharper scrutiny of those running charities in the media and Parliament.

“Following other inquiries and the conclusion of director disqualification proceedings in the courts, our job as regulator has been to calmly assess the evidence available, to scrutinise the charity’s trustees for their compliance with charity law and regulation in how they ran their organisation, and to set out lessons for other charities.

“We found that the charity’s operations and finances made the charity – and by extension its beneficiaries – more vulnerable to decisions of individual grant-makers and donors.

“The charity’s repeated failure to pay creditors, including its own workers and HMRC, on time, was mismanagement.”

Jennifer Emms, a partner at Maurice Turnor Gardner, who represented one of the Kids Company trustees said that despite the Commission’s criticisms of the management of the charity “the real authority for an assessment of the Trustees’ conduct” was handed down by the High Court last year.

“The Judge made no finding of mismanagement and found the trustees’ decisions to be in the reasonable range at all times. The Judgment followed an extremely detailed review of the Charity and its operations, something which was beyond the scope of the Commission’s inquiry and resources,” Emms added.

“As is recognised in the Commission’s Report, after a forensic review the Judge praised the hard work and dedication of the Trustees and thought that any charity would be “delighted” to have individuals with such abilities and experience on their board.”

Law firm Bates Wells, which also represented trustees involved in last year’s High Court case, said it was pleased that the legal test has not been met for the Charity Commission to take regulatory action against the former trustees.

But it raises concerns that the regulator’s report “ignores far too much of the judgment of the High Court”.

“There is a notable absence of positive comment and a number of central features of this case are missing. For example, the assurances of funding from government and philanthropists, on which the trustees were entitled to rely, are critical to understanding the context in which the trustees made decisions, as the High Court acknowledged.”

Wider lessons for the sector

The Charity Commission has detailed wider lessons for the charity sector in the aftermath of Kids Company’s collapse.

In referring to Kids Company founder Batmanghelidj’s leadership of the charity over nearly two decades, the Commission warns that having a leader in place for a long period “can reduce the level of challenge to long established methods of operating and prevent it from identifying and managing risks”.

It adds that “no charity should be defined by a single individual”.

The regulator urges charities to adopt “diverse and innovative operating models” as well as to measure risks and maintain a robust reserves policy.

Charities also need to ensure income is sustainable and can support growth. In addition, charities should ideally have “at least one trustee with experience of managing a charity of a similar scale on the Board”. 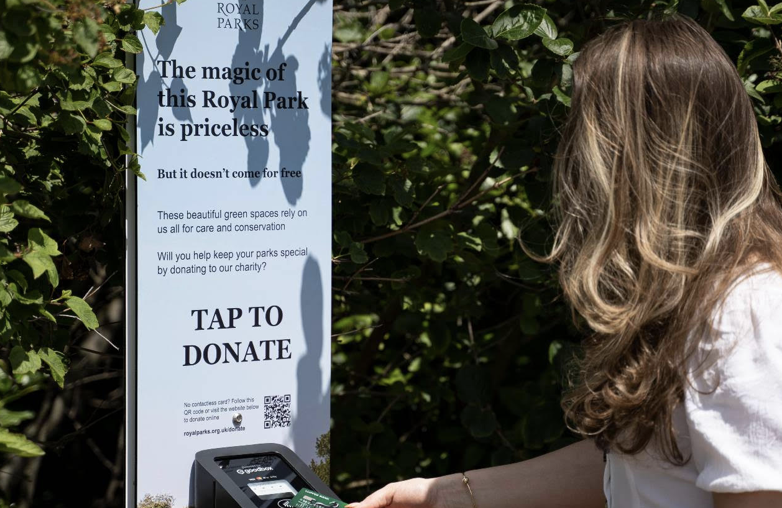 Contactless giving points being placed across some of London’s most famous parks.