Just under a fifth of charity workers earn below the living wage, a rate that has not improved in the last five years and could get worse due to the Covid-19 health crisis.

Research has found that 17% of workers in the third sector, including charities, social enterprises, pressure groups and universities, earn below the real Living Wage, which is £9.50 outside of London and £10.85 in the capital.

This is the same rate of low pay as five years ago and is set to worsen due to the due to declining charity income amid the pandemic.

Women, workers from ethnic minorities are particularly impacted by low pay. While 13% of men earn less than the real living wage, this increases to 19% among women.

The research, by the Living Wage Foundation, found that 20% of workers from ethnic minorities are paid below the living wage, compared to 17% of their white colleagues.

Part time workers are the worst affected, with almost one in three (29%) paid below the living wage, compared to 9% of full-time staff.

That’s 17% of workers in third sector organisations such as not-for-profits that need a Living Wage to be able to meet their everyday needs.

“During Covid-19, the third sector has been a lifeline for millions of families across the country, providing them with everyday needs like food, clothes and educational equipment,” he said.

“Our research shows that many of these workers have been providing these services despite earning below the Living Wage and being unable to afford them themselves. After more than a year of pandemic firefighting, the third sector has some time to think about how it rebuilds through and beyond Covid-19.

“To continue to provide essential services year-round and attract new people into the sector, providing workers with a real Living Wage must be at the heart of this process.”

Salaries in the international aid sector are already falling, according to research into charity recruitment released earlier this month.

This comes despite many charities struggling to attract applicants for vacancies.

Only one in 20 charity leaders 'prioritising use of data' 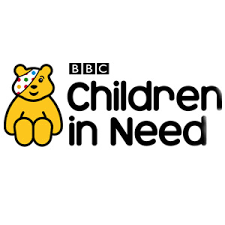