An international aid charity has linked up with an online fundraising platform as it looks to encourage more donations using cryptocurrency and “engage the crypto-community".

SEED Madagascar has announced a partnership with cryptocurrency specialist platform GiveTrack to help drive and better manage its donations using digital currency, such as Bitcoin.

“In the past we’ve received some generous Bitcoin donations, but, without a proper cryptocurrency platform in place, it’s not always been easy to handle these,” said the charity’s managing director Mark Jacobs.

He added that joining the GiveTrack platform “is part of our latest exploration into different funding channels”.

“We are striving to diversify our donor base to continue our work in Madagascar and with the cryptocurrency community being known for its generosity when it comes to philanthropic causes, SEED are hoping to involve new audiences with our mission to improve the future for the people of Madagascar,” he said.

GiveTrack is run by the BitGive Foundation, which focuses on improving the links between charities and cryptocurrency.

The Foundation’s founder and executive director Connie Gallippi added: “We’re excited to be partnering with SEED on such an important project and hope the Bitcoin, Blockchain, and GiveTrack community will support this important project.”

UK based Seed Madagascar supports communities on the African island, including a focus on improving children’s education.

SEED is working across 41 villages in Madagascar to combat extreme food shortages here.

We are providing clinically malnourished children and their families with food and treatment.

Cryptocurrency has been developed over the last decade using blockchain technology, which allows digital information to be distributed in a more transparent way that can help cut fraud. Charities are increasingly accepting donations using this form of technology

In July CHUF announced that it had receiving a further £8,000 in cryptocurrency donations just two weeks after announcing it had reached the £100,000 mark in attracting funds via the digital currency. 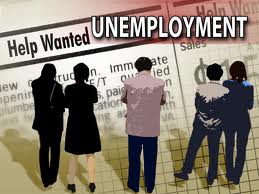