Newly elected Conservative Party leader Liz Truss is being urged by charities to announce a detailed plan on how she will tackle the cost-of-living crisis and support low income families.

As Truss takes over from Boris Johnson as Prime Minister this week she faces an inbox dominated by how best to tackle rising inflation and escalating fuel bills.

Last week charity sector leaders, including the chief executives of NCVO and ACEVO, Sarah Vibert and Jane Ide, called on the government to ensure there is “immediate financial support to be channelled to those who need it most”.

Although Truss, in her victory speech to party members, has promised to “deliver on the energy crisis, dealing with people’s energy bills”, she has yet to give detail any firm policies around this issue.

She has indicated during her campaign that she strongly favours cutting taxes as a solution and has rejected “handouts” to help disadvantaged household cope with increasing costs.

Among charity leaders to call for more detail around how households will be given practical support is Dora-Olivia Vicol, chief executive of in work poverty charity Work Rights Centre.

“I hope the incoming Prime Minister recognises the urgency of the cost-of-living crisis, and formulates an inclusive response, fit for the scale of it,” said Vicol.

“This should include workers, benefit claimants, and the thousands of migrants who are silently shut out from any formal support. The choices the PM makes now will not only define their premiership. They will save or lose lives this winter.”

Oxfam’s head of UK government relations Sam Nadel warns Truss that she “faces a daunting list of challenges” around “spiralling energy and food prices; the NHS, social care and unpaid are working pushing to the brink” in addition to conflict in Europe and “apocalyptic floods in Pakistan”.

He is calling for Truss to draft a “credible plan that prioritises support to those who need it most” amid double digit inflation in the UK for the first time in 40 years.

“The PM should start by increasing Universal Credit and other benefits permanently and strengthening social security, ensuring this provides an adequate safety net for all low-income households, so that no one has to go without the essentials,” said Nadal.

“Doing so will help build resilience to current and future crises.”

Four things the new UK Prime Minister must do to show she is serious about tackling poverty. @SamNadel on Liz Truss’s to-do list – and how you can demand action. https://t.co/5XnHvnXSGc

Meanwhile, charity, academics, and union coalition the Poverty Alliance said that Truss “has a moral duty to take action that will protest people from debt, distress and destitution that they face”.

As the new Prime Minister, Liz Truss has a moral duty to take action that will protect people from the debt, distress and destitution that they face.

It is essential that she lives up to that duty.

Read our full response to the news that @trussliz will be the new PM 👇 pic.twitter.com/qlMnRRtRfj

“As the pressure mounts now, on top of everything we’ve all been through in the last few years, the words ‘mental health crisis’ will rarely have been more aptly applied,” said Jones.

“Relationships, wellbeing and our mental health are inextricably linked: problems with one so often lead to issues with another – we see this every day in our counselling work.”

Our Chief Executive, Aidan Jones, has penned an open letter to Liz Truss outlining our priorities for the new government.

It’s chief executive Neil Leitch warns Truss that “rising energy bills, an acute recruitment and retention crisis and the lasting impact of the pandemic – all against a backdrop of years of government underfunding – have left our sector in crisis”.

He added: “If we are to have any chance of avoiding an early years catastrophe, it is vital that the new Prime Minister puts forward an ambitious plan for the early years: one that commits to adequate long-term funding, focuses on the needs of the child and recognises the early years workforce as the high-quality and hard-working educators they are.”

“Social enterprises need to know that the government has a plan for them this winter, which is why we are urging the new Prime Minister to include a substantial package for business in her forthcoming energy announcement, that reflects the scale and urgency of the threats at hand,” he said.

“Social enterprise should be a vital component of the engine for delivering growth and prosperity to the UK, while also reaping benefits for the environment and communities."

Youth charity YMCA has warned Truss of a “third sector meltdown” unless action is taken to tackle the cost-of-living crisis.

“In every area imaginable, charities are feeling the impact of this crisis, from rent and ever-rising food costs to high inflation, wages and crippling issues with recruitment, culminating in a perfect storm. That storm is beginning to hit, and threatens to become much worse,” said the YMCA.

Its chief executive Denise Hatton added: “It is not an exaggeration to say, after having talked with many of my colleagues in the sector, that the current economic situation - particularly the impact of inflation on costs and surging energy prices - has the potential to push many organisations already vulnerable following the impact of the COVID pandemic past breaking point.” 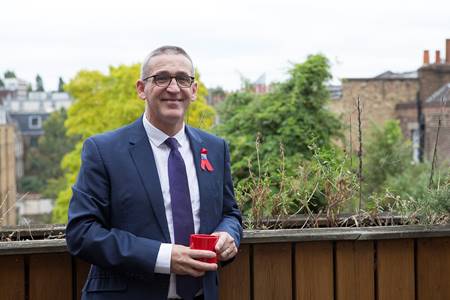