The wage gap between charities and businesses is widening amid growing concerns of low pay and burnout in the voluntary sector, according to latest research.

The research warns that this pay gap is not sustainable, heightening fears that the charity sector could lose staff to better paid private sector roles unless wages increase.

In May annual wage growth was up 5.6% for businesses but only increased by 3.8% for charities.

The figures have been revealed in analysis by think tank Pro Bono Economics into the Bank of England quarterly data from businesses and charities.

“Increasing pay is one of the methods by which organisations can gain a competitive edge in this battle for talent,” said the think tank’s research and policy analyst Max Williams.

“It can also be used to respond to the growing cost of living crisis faced by their employees. However, the rate of earnings growth is not keeping up with inflation – and this data suggests this is particularly true in the charity sector.”

Williams adds that the combination of low pay in the sector “and high levels of concern over workforce burnout” means that “charities may not be able to sustain this growing wage gap with the private sector for long”.

“Given what we can expect to happen to charity demand over the coming months, the already-strained position of many charities and the staff who work in them coming out of the pandemic, and the sizeable real-terms pay cuts facing so many who work in the sector, it’s clear that sector remains in a very precarious position,” said Williams.

Read our latest blog from PBE researcher @MaxwellLewis25
Using new @bankofengland data, we look at the uncertainty shared by the private and charity sectors, and whether charities will be able to keep up on pay.https://t.co/IWt2cqS4q3

He does concede though that there is a notable “difference in motivation” among private and charity sector staff.

“This may allow greater scope for non-profit organisations to ‘share the burden’ of rising costs with their employees.”

The Bank of England data involved in the research features 2,700 responses each quarter, involving 200 from charities.

This also found that four in ten charities are reporting “high or very high levels of overall uncertainty”, this has halved since the first Covid lockdown in 2020 when just under eight in ten charities feared for the feature, said the think tank. 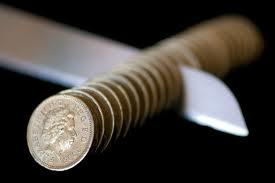 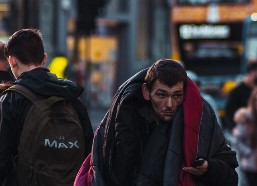