The Chartered Institute of Fundraising (CIoF) has apologised for failing to contact all complainants in its investigation into the mishandling sexual harassment complaints.

The unreserved apology has been made following criticism of a recent independent investigation. By HR consultancy Tell Jane into an allegation that former CIoF chief executive Peter Lewis received and failed to act on a sexual harassment complaint made seven years ago.

The investigation’s clearing of Lewis of wrongdoing prompted resignations among CIoF volunteers and further criticism that complainants had not been contacted as part of the investigation.

“We completely and unreservedly apologise for our failure to contact the women involved in the recent investigation ahead of making the outcome public last week,” said the CIoF in a statement.

“We thought this was being done as part of the investigation, but we got that wrong and want to say sorry to those who will inevitably have been affected by our mistake.

“Witnesses and complainants involved in investigations like these must be treated with respect and put at the heart of the process. We have failed to do that, and for that we as trustees, and on behalf of the whole Chartered Institute, are truly sorry.”

The statement adds: “While we know that the anger and hurt caused by our failure cannot be undone, we are now making the changes needed to make sure that this never, ever, happens again.

“We will be contacting the women involved to offer our apologies directly and to also offer any support that we can now provide.”

An investigation into the complaint of sexual harassment against a CIoF member is still ongoing.

The CIoF says that a full report into this allegation is due from the independent investigators on 30 June.

“We will also be publishing more information as soon as possible on the failings that have been found in our processes and the learnings and actions that we are taking.”

Fundraising consultant Beth Upton is one of the complainants alleging that Lewis failed to act on a disclosure of sexual misconduct.

On 8th April 2021 I gave testimony to Tell Jane about both a perpetrator of sexual harassment and Peter Lewis' inaction despite knowledge of that perpetrators actions. This is my invitation to that meeting. pic.twitter.com/zbRQb5AxCG

Upton has since raised further concerns that the CIoF issued their apology before apologising directly to her.

She said: “Surely if this quote is true ‘witnesses and complainants involved in investigations like these must be treated with respect and put at the heart of the process,” then I would have had my apology before reading in the press that I'll get one?”

She accused the CIoF of either “epic incompetence” or “pretend caring when really they don’t.”

Charity Equality founder Mandy Johnson, who raised concerns around complaints handling by CIoF earlier this year, said that the latest apology by the sector body is “possibly the most ridiculous announcement so far”.

“A press release to say they’ve apologised yet none of the women I know who’ve been impacted by this have actually received a proper apology,” she added.

Christian Aid appoints first director to be based outside UK 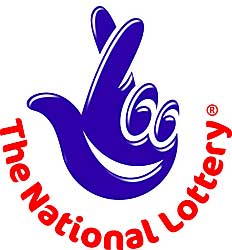