The academic institution that runs voluntary sector research unit the Centre for Charity Effectiveness is to change its name due to the slavery links of the 17th century MP it is named after.

For the last 30 years the Centre has been run at the City, University of London’s Cass Business School, which was set up in 1894 and named after Sir John Cass, who was an English politician and merchant in the 17th and 18th centuries who was involved in the slave trade.

The new name will formally launch on 6 September at the start of the 2021/22 year. Until then the School will be called ‘The Business School (formerly Cass)’.

The Business School committed to changing its name in July 2020 and the new name was chosen following a consultation involving thousands of staff, students and alumni.

“In Bayes Business School, we believe we now have a name that reflects who we are and the values we hold. Even though Bayes lived a long time ago, his ideas and his name are very much connected to the future rather than the past,” said Business School Dean professor Paulo Volpin.

“More than 8,000 staff, Business School students and alumni contributed to the consultation process to help us find our new name. We are very grateful for their passionate contribution. We have listened to all of our stakeholders carefully and taken their concerns seriously.

“I am proud of the new name and the steps we are taking to build a truly inclusive environment for all of our students, staff and alumni.”

The move is part of wider efforts by City University to tackle inequality. This has included funding five PhD scholarships for Black students. In addition, the Business School has set up a diversity and inclusion council.

“Significant work is also underway at the Business School to further embed ethical and socially responsible values into the curriculum,” added City University.

This is the latest move within the charity and academic sector to tackle their links to slavery and colonialism.

One of the most high-profile recent name changes was carried out by arts venue charity Colston Hall in Bristol, now known as Bristol Beacon. The venue had been named after the 17th century slave trader Edward Colston.

Other charities that have tackled the slaver links of their benefactors have also included the Joseph Rowntree charitable organisations. 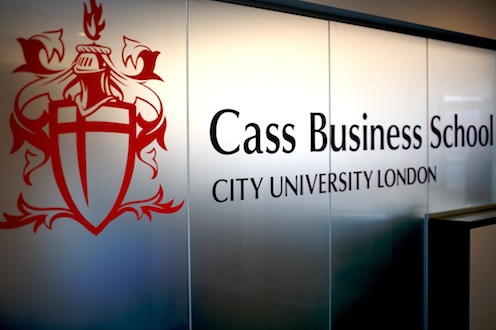