Youth charities have said that they’re still waiting to receive £500m promised by the government two years ago.

Ministers have admitted to the BBC that the Youth Investment Fund hasn't launched yet.

The Youth Investment Fund was announced in 2019 by then-Chancellor Sajid Javid.

It was pledged to help build 60 new youth centres across the country, refurbish 360 existing youth facilities, and provide more than 100 mobile facilities, as well as support the provision and co-ordination of services for young people.

There have been reports the scheme was supposed to launch in April 2020, but the government hasn't confirmed this.

Among announcements made in the house of commons on 27 October is the promise of £560m to youth services over the next three years; enough to fund up to 300 youth clubs.

Although it was originally unclear as to whether it was additional funding to the, it appears to be that same funding re-packaged.

In February 2021 the former minister for civil society, Baroness Barran, said that the fund still remained part of the government’s plans but indicated that the Youth Investment Fund (YIF) – originally earmarked to build and refurbish hundreds of youth centres – would be focused on supporting “innovation”.

However, so far just £16.5m in post-pandemic support and £30m of capital funding has been forthcoming.

Local authority funding for youth services in England and Wales have been cut by 70% to £978m, according to recent research.

The government says helping charities through Covid has been its priority.

In a statement the Department for Culture, Media and Sport said: "During the pandemic our priority has been to stabilise youth charities and we have done so by distributing £15.6m through the Youth Covid Support Fund.

"This has helped to secure their future and is part of our wider support for young people that includes the £200m Youth Endowment Fund.

"Further details on the distribution of the Youth Investment Fund will be set out in due course."

Autumn Budget 2021: How does it affect charities?

Charities to be left with ‘permanent income scar’, figures show 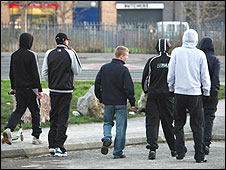