Friend or foe: Who do trustees rely on?

Everyone needs help sometimes, so why has a survey revealed that trustees are more inclined to go to their peers for help than a regulator or industry body?

Trustees are more inclined to rely on fellow trustees and colleagues for help, rarely seeking support from the Charity Commission and other advisory bodies, a recent survey has revealed.

The survey, carried out by Yonder and published by the Charity Commission found that almost half (46%) look to colleagues or another trustee for help ‘several times a year’ whilst only one in ten trustees turn to the Charity Commission, another charity or advisory body for support just as regularly. But what is preventing trustees from seeking the support of sector regulators?

Penny Wilson, CEO of Getting on Board, believes one reason is because trustees genuinely don’t know the Charity Commission has got the guidance in the first place. She points out that that it was very recently that it started to send out a welcome pack when a trustee is appointed, so up until recently “the commission has had very little to do with individual trustees.”

But Andrew Tuggey, chair of UK Community Foundations, says it could just be the case that people tend to be more content talking to others in a similar position. “Peers are colleagues and are closer so individuals may feel its easier and more comfortable,” he says.

Louise Thomson, head of policy at The Chartered Governance Institute (CGI) agrees, suggesting that part of the reason could simply be down to human nature. “I think that it’s human nature for people to prefer asking people they know for advice, rather than people they don’t know.” But other reasons, she adds, could include a lack of awareness of guidance and support, inability to easily find the guidance and the perception that dealing directly with the commission might give it a reason to look more closely at the trustee’s charity.

“Some reasons may be more realistic than others, but the perception of incurring unwanted interest can be overwhelming if a person is already unsure about something.”

It’s thought that some trustees may feel apprehensive about going to a regulator in fear that it will highlight an issue, prompting the regulator to open an investigation if anything is wrong. Thomson admits that this could be a very real concern for some individuals. “This could be reinforced by the positions of staff and other trustees if they are generally nervous about their own relationship with the regulator.”

However, Paul Ridout, partner in the charity arm of Hunters Law believes that if trustees are scared about going to the regulator, then “the person concerned may not really understand their legal obligations and responsibilities as a charity trustee.” In his experience, it’s not so much fear of the regulator that keep trustees back, it’s the perception that it won’t be easy to get the specific answer they’re looking for.

He points out that some commentators have, in the past, warned trustees not to ask the commission for advice, for fear that it might lead to an investigation, “but most trustees these days know that the commission’s main regulatory tool is providing guidance to help trustees comply with their duties”.

In some situations, communication with the commission cannot be avoided and trustees are under duty to approach the Charity Commission, as in the case of reporting a matter, which falls within the scope of a serious incident report, namely an adverse event – whether actual or alleged – which results in or risks significant harm to the beneficiaries, staff, and volunteers of a charity or others, who come into contact with the charity through its work; loss of charity funds or assets (including the reputation of the charity); damage to the charity’s property; or harm to the work of the charity’s reputation. In which case, commission advice is perhaps the best place.

But do trustees even know the support is there for them? According to research from Getting on Board, 30% of charities don’t offer any induction to new trustees, so it appears that there firstly needs to be consistency across the sector. Wilson adds that in the charity’s experience, those who do offer a trustee induction also don’t do it as comprehensively as they might, and don’t commonly signpost potential wider sources of support and guidance.

“I think there’s a really big difference between trustees who work with or for charities in their day job, or who volunteer for charities and trustees who work in a completely different sector in their day job,” Wilson explains. “If you already work in the charity sector, you’ll probably be quite aware that the commission isn’t just regulating, but it’s guiding as well. And you’ll also be really well aware of other sources of help...but I think you’re not going to know about them if your day job is with an SME or a university. You just wouldn’t know about those places.”

Thomson believes there is an abundance of services, activities and resources already out there for trustees, the issue is the communication. “Many infrastructure bodies will speak directly to members, but those outside of the membership may not be as familiar with the services offered. For charities with staff, there may be a disconnect between what membership the charity has access to, and the support services the trustees are aware of.”

It may also be the case where the chair is the named member of the support organisation and doesn’t always manage to pass on information. “The person organising board meetings, such as the governance professional, should be providing regular updates to trustees about issues affecting the sector, including updates from the Charity Commission and their professional advisers,” explains Thomson. Those updates could be incorporated into the trustee meeting, in a development session or be part of a regular board communications plan.”

But Tuggey says that more in-house support from senior and more experienced trustees is also needed particularly when “coupled with linked support from CEOs. Digital national and regional workshops with peers from other charities are always useful also.”

So how can regulators and advisories encourage trustees to come to them for advice? Having the right content and communicating it effectively seems to be the answer. The commission’s five-minute guides have been heralded by experts as a ‘helpful’ way of getting messages out to trustees, and perhaps more of this type of guide could help, but the website could be more user-friendly, explains Tuggey. “The [Charity Commission] website is good and has excellent advice but it is a little austere and not as user-friendly in terms of graphics as it might be. Links to video clips with diverse and real-life trustees would be useful.”

Wilson concurs, revealing that the commission is investing in more direct trustee communications with the aim of setting up a portal trustees can go to for advice. “They’ll be able to have more of a one-to-one relationship, which will be really good because it’ll just remind trustees that this source of guidance is there.”

Thomson also suggests that individuals with an awareness of the range of sources available should be sharing that information and promoting sources they believe to be trustworthy, accessible and helpful. Word of mouth and personal recommendations, as the research alludes to, can be seen as a trusted source of information.

However, she adds that the challenge the commission faces is to underline the risk-based approach of the regulator and case law in assessing the way trustees are performing their legal duties. “There are some issues that rightly attract the attention of the media when things aren’t right, but there are also thousands of charities backed by trustees trying their best and delivering for the communities they serve.

“The overarching message should be that there is always something a trustee could learn or do better and that the desire to improve their understanding and actions will ultimately lead to a more positive outcome for the charity and its intended community,” she concludes. 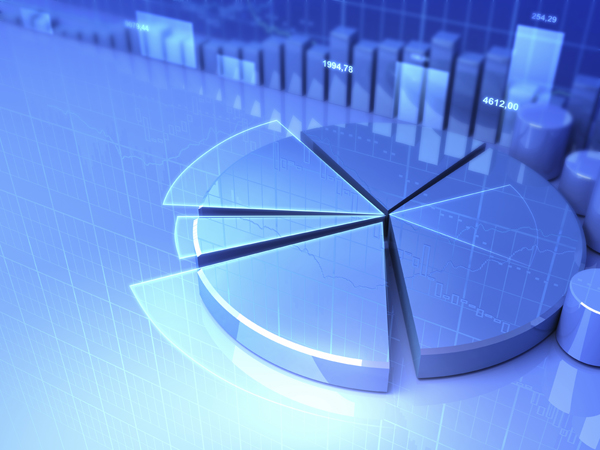 Nic Adamson: Good leadership should be based on humility, connection and curiosity