The charity sector is blighted by poor pay and benefits as well as a lack of clarity and flexibility around roles, according to young people from low-income households on their future careers.

Lack of trust in charities among young disadvantaged people is also a barrier to a career in the sector, the survey of 1,000 disadvantaged young people has found.

Around a quarter of young people who will not consider a career in a charity believe the sector is hampered by “poor opportunities to develop a career” and a “poor variety of different job roles”.

A similar proportion say they don’t know where to search for and apply for charity jobs.

Meanwhile, a fifth “believe charities do not pay staff fairly or offer good benefits and flexibility”, says the survey, which was carried out by the charity EY Foundation, which supports the employment prospects of young people.

Half of those surveyed say improved pay, benefits and flexible roles would encourage them to consider a charity sector career.

More than a third want to see greater clarity on job opportunities. Meanwhile a quarter want to see “clear progression routes” and improved promotion of vacancies.

While 7% of those surveyed currently work in the charity sector, 40% said they could be interested in a career working for a charity, indicating how improvements to recruitment and retention and better promotion of roles could boost the number of disadvantaged young people seeking a charity sector career.

However, only around four in ten (42%) young people say they trust and have confidence in charities, the survey also found.

The main reason for lack of trust is not knowing how charities spend their money or how they work, which was cited by four in ten.

“Corruption, they lie and are untrustworthy,” is mentioned by a fifth of young people.

EY Foundation co-chief executive Jodie McNally warns that the charity sector’s poor track record on diversity is another issue impacting on young people’s desire for a career within a charity.

Among those surveyed 8.5% do not think that the charity sector is an ethnically diverse place to work.

Amnesty International UK and Macmillan Cancer Support are among high profile charities to recently admit their organisations are impacted by racism.

“Anecdotally, diversity, equity and inclusion in the charity sector is known to be an issue,” said McNally.

"Recruitment and retention appear to be a particular issue, with diversity not prioritised and no sector-wide push to take ambitious action."

She added that she hoped that charities “look at how we become more accessible to a broader range of young people and address the barriers that have been identified”. 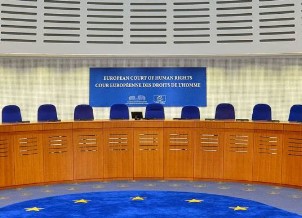