Morrisons has raised £18m for Young Lives vs Cancer since it first partnered with the charity in 2017.

The partnership was originally for three years with an aim of raising £8m but had been extended for two further years.

“There is no doubt that this is our most successful partnership, and this is down to the tireless commitment shown by our colleagues up and down the country,” said Morrison’s chief executive David Potts.

“I’d also like to recognise the role our customers and suppliers have made; without them we would never have reached such an inspiring total.”

The announcement has been made as Morrison’s switches charity partner to Together for Short Lives.

Young Lives vs Cancer chief executive Rachel Kirby-Rider added: “It’s been such an incredible five years working alongside Morrisons, and the final total has far exceeded any of our expectations.

“The difference this will make to the children, young people and families we support cannot be overestimated.

“We’re sad to see the partnership come to an end, but I know on behalf of everyone at Young Lives vs Cancer and all the families we support, we will be forever grateful for all they have done.”

Among support it is funding is a new ‘home from home’ in Manchester in 2022 to provide free accommodation to families and young people near to their treatment centre. 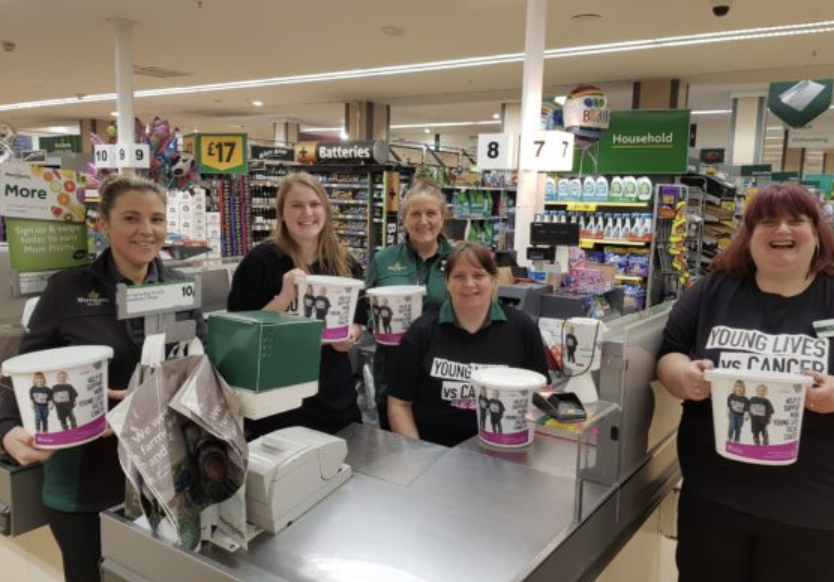