Battersea has confirmed the permanent appointment of Peter Laurie as its chief executive.

Laurie takes the role at the animal welfare charity permanently after being appointed interim chief executive in January, following the departure of Claire Horton from the charity.

He joined the charity six years ago, first as director of operations, before being promoted to deputy chief executive in 2017.

Among his priorities will be tackling the animal welfare implications from the Covid-19 pandemic and lockdown. This includes increased demand for pets and rising concerns about the quality of animal breeding, abandonment, as well as issues such as puppy smuggling.

“I feel very honoured and excited to be asked to lead Battersea,” said Laurie.

“It’s a charity I am deeply committed to and a cause I am truly passionate about. As we emerge from the Covid-19 pandemic, our staff, volunteers and supporters are as determined now as at any time in our history to be here for every dog and cat that needs us.

“We look forward to harnessing new opportunities and working in partnership with colleagues across the UK and around the world to create brighter futures for these wonderful animals”.

Battersea chair Paul Baldwin added: “Our charity has a vital role to play in delivering better outcomes for even more dogs and cats in the future, and Peter has the vision and ambition to help us identify and seize new opportunities.

“Peter is well known and respected in the animal welfare sector. During his six years at Battersea, he has led the development of Battersea’s work to support animal rescue organisations across the UK and worldwide.

“He played a leading role last year in working with sector colleagues and Government to provide a framework for animal rescue and rehoming organisations to continue operating during the pandemic.”

Horton announced she was stepping down last year to take up the role of director general of the Commonwealth War Graves Commission, which oversees the management of war graves of Commonwealth service personnel. 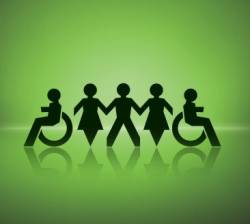