The Black Lives Matter movement has amplified calls for racial justice. Where is the climate sector failing, and what has to change? Three women of colour working at Ashden – executive assistant Anita Henderson, development officer Jennifer Lauture, and international programme manager Chhavi Sharma – share their thoughts.

Anita Henderson: Last year’s Extinction Rebellion protests in London were when it really jumped out for me. I went down to Westminster, but I didn’t see any protestors that looked like me.

Then there was the incident at Canning Town station – where Extinction Rebellion protestors stopped an early morning commuter train, and there was a furious stand-off. I grew up in that area. It’s a working-class area. People need to earn a living. At the moment, working class people don’t necessarily see the link between how they live and climate change. Until you have more people that look like them talking about it, they’re not going to make that link.

Jennifer Lauture: It’s interesting what breaks through and what doesn’t. When you look at climate activists – so many African and Indian young people have been talking about what Greta talks about for years. But it took a young white girl for lots of the world to start listening.

I studied the environmental sciences in the US, and I was one of the few black students in most of my classes. My university was in a more conservative part of the country, with lots of racism in the surrounding towns. When I was doing fieldwork alone, I had quite a few encounters with hunters and people who were aggressive towards me because they felt I did not belong. So that definitely influenced my career – I didn’t want to work in the wild in the United States.

At university, I would hear conversations where people complained about affirmative action. The faculty was predominately white. It is not the most inclusive sector.

Chhavi Sharma: I’m Indian, and I went to university in Europe. It was lots of Europeans and Americans wanting to go and ‘do good work’. For people of colour, the reason we’re there was more likely to be looking after own communities and making sure us and our families are taken care of.

But generally, people who are able to sponsor and fund work – people in positions of privilege – are white people. And that creates power dynamics that affect everything we do. In the energy access sector, organisations led by Europeans or Americans often have connections to wealth and polished networking skills – so they attract more funding from donor organisations and investors.

Anita Henderson: You look through the sector and so many organisations are run by white Yale and Harvard graduates. Trustee boards aren’t diverse either. You can’t tell me there aren’t educated people in Africa. And that situation only creates dependency.

You may have studied somewhere, or lived there, but you’ll never understand these problems in the same way. You need people in your organisation with lived experiences.

Diversity at the top is crucial

Jennifer Lauture: I’m from Haiti, where there are lots of humanitarian organisations. And you see that when these aid organisations come in they don’t hire local people for management positions. In the climate sector, we definitely need more diversity in our leadership.

Chhavi Sharma: I’ve seen diversity at the grassroots level. As you climb up the ladder, the lack of diversity becomes more apparent. We struggle to get diverse panels in the sector, for example. That tells us there’s a big problem. And it would be great to see genuine support for indigenous organisations – organisations founded and run by people from developing countries.

Coronavirus has created a more level playing field, in many ways. Doing events online gives people equal access – you don’t need money to fly to New York to contribute. So now there’s no excuse for excluding anyone.

Anita Henderson: Diversity matters because around the world, there are different attitudes to climate change. And people discuss things in different ways. Families in the global south are seeing the effects, but they are also more concerned with living hand to mouth.

You need to create an environment where everyone’s voice can be heard. That means thinking really carefully about diversity, from who’s on your board of trustees to how you do the catering at your events.

Fighting for environmental and racial justice

Jennifer Lauture: For the first time in years I’ve felt that there is momentum to change. But all of that is going to depend on the next election in the US. The policymakers have to listen, and start taking action.

In a lot of the places in the US affected by environmental issues like dirty water and coal pollution, you see indigenous people fighting for their land rights, against environmental racism. In the US, a lot of climate activists are minority groups. I’m hoping that now their stories will come up more in the media.

Anita Henderson: What can those in a position of privilege do? Firstly, be aware and acknowledge it. A very close friend sent an emotional message recently, she’d had a lightbulb moment after seeing the global coverage of the Black Lives Matter movement. Up until that point she’d never acknowledged her privilege. Now we’re in lockdown in front of our TV screens, we are forced to see what’s going on and can no longer bury our heads and avoid it.

Secondly, speak out if you see something. Things only change if you make people accountable. If someone’s called out, then they might think again. 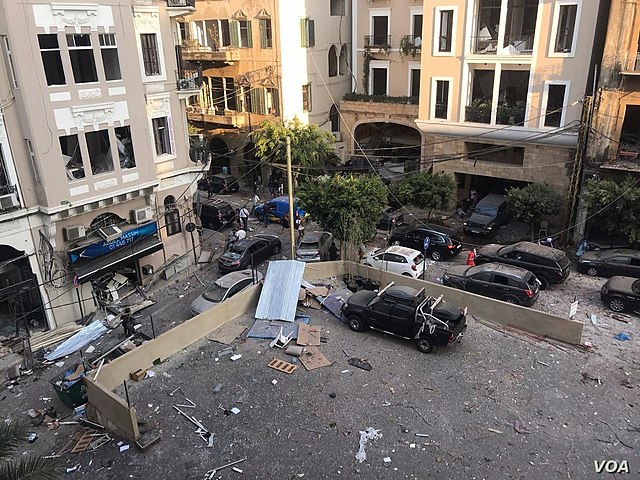