David Adams speaks to Dr James Cusack, CEO of Autistica, about leading with autism, setting big goals and about the sector’s need to better embrace neurodiversity.

In August 2020, Dr James Cusack became the UK’s first openly autistic charity chief executive. There are no doubt other leaders, whose autism is unannounced or undiagnosed. There are certainly some further afield, such as Rachel Rowe, CEO of Autism Camp Australia, who was diagnosed as autistic in her mid-40s. But Cusack’s appointment sends a powerful, positive message. His autism was not discovered at a late stage, but it has shaped his life from the start.

Cusack grew up in Aberdeenshire during the late 1980s and 1990s. His parents were aware he was “quite different”, as he puts it, when they compared his early development with that of his brother, who is 15 months younger.

From the age of three, he attended a nursery for children with additional support needs. “People were saying: ‘He doesn’t necessarily pay attention when people come in the room […] the way he makes eye contact with people is a bit, different […] he seems to be really, really, really into trains – he has quite focused interests’,” Cusack tells me. “Effectively, the diagnostic criteria for autism.”

But at that stage, autism was ruled out, on the grounds that Cusack’s cognitive functions seemed ‘normal’. He attended a mainstream primary school, but “ran into difficulty [with] understanding the social aspects of life,” he recalls. “But I got quite far from being OK at football – and knowing loads about it.”

Just before he started secondary school, a clinical psychologist told Cusack’s parents that he met the criteria for autism, although the diagnosis had actually been made about two years earlier. At that point, he explains, “clinicians were [unsure] whether it was good to tell parents if you were on the borderline”.

The transition to secondary school did not go well, with a crisis culminating in a week-long stay in a mental health unit. “At that stage things were looking grim,” he says.

But he then transferred to the UK’s first base for children on the autistic spectrum within a mainstream school, at the Dyce Academy, in suburban Aberdeen, where he thrived. He also learned a great deal from his fellow students’ different experiences of autism, which inspired an interest in how the condition works.

“I started trying to read about it; and it was like ‘Oh! Nobody understands how this works!’” he says. “I also realised: ‘Well, OK, this is going to work out for me, but for a lot of people it isn’t. So how do we make things better for them?’” Working towards an answer to that question has, in effect, been Cusack’s life’s work to date.

Because he found much of his schoolwork relatively straightforward, he was able to focus on the other aspects of life that he had always found more challenging. Ultimately, this gave him the confidence to live away from home while studying for a degree in psychology at the University of Aberdeen. Cusack later moved into academia, completing a PhD, focused on biological motion perception in autism and becoming a research fellow at Aberdeen.

In this role, he worked with the National Autistic Society, with Autistica and with policymakers, contributing to work aimed at persuading the Scottish government to establish a Scottish Autism Strategy. In 2015, he applied for the job of director of science at Autistica.

He is proud of what the charity achieved during his five years in that post, although also keen to give as much credit as possible to his “amazing” colleagues. The charity worked on increasing the involvement of autistic people in developing strategies for autism research. Work on early death in autism encouraged the NHS to mention autism specifically in its ‘ten year plan’ and to commit to delivering an annual health check for every autistic adult.

Autistica also led the creation of a national autism research network, which links autistic people and their families directly into research and research strategy. Cusack believes this is particularly important because the lived experience of autism is so varied. “Meaningfully involving people [in research] is absolutely pivotal,” he says.

During this period, he also started considering the possibility of becoming a CEO. He became an ACEVO fellow, attended leadership courses and discussed the idea with other CEOs. It was some time before he felt confident that he could do the job effectively, but when, in 2019, Autistica’s then CEO Jon Spiers announced he would step down the following year, Cusack was keen to apply for the job.

He stresses that although Spiers and the charity’s trustees were very supportive, there were some other strong candidates. “I think it was pretty close!” he says. He had not publicised the fact he is autistic while working as director of science (“I felt it was important for people to not think I was being led by my personal story too much”), but as CEO, he wanted to be as open as possible.

He points out that it is much easier for someone in his current position to disclose a diagnosis than it would be for many other autistic people. “We research autism and employment,” he says. “People commonly don’t disclose an autism diagnosis because they’re concerned that employers don’t have the structures in place to deal with it. They’re concerned it will lead to negative stigma and attitudes.

“And it’s easy to say that’s not the case – but it probably is. We know society has negative attitudes about autistic people. It does potentially affect your career chances. I chose to do this because ultimately that has to change. I hope it can help other autistic people to be more open. I also think it’s important for autistic people and their families to know that Autistica is led by someone with lived experience of autism.”

But he repeats that he is in a privileged position, working for an organisation where the board and staff understand autism extremely well. About one third of the staff at Autistica are also autistic. “We’ve created recruitment processes that allow people to be judged on an equal [basis],” says Cusack.

He thinks it is important for the third sector to embrace neurodiversity, just as it embraces other forms of diversity. He knows of autistic people working in the sector who do not yet feel comfortable disclosing their diagnosis. “The sooner, as a society, that we learn to accept we all have different strengths and weaknesses and then accommodate those, the more we will thrive,” he says.

Cusack has certainly not had an easy first six months in the job, coming into post during a huge crisis in the sector. Autistica’s most important priority throughout the pandemic has been the wellbeing of autistic people and trying to ensure they can access all the scientific and medical information and support they need. Within the organisation, the two key priorities were supporting staff who were working from home; and ensuring the organisation’s income remained stable.

“The whole team has done exceptional things,” says Cusack. Their efforts mean he and his colleagues are now working again on a longer term strategy. The plan is to focus research strategy on specific goals, such as reducing the employment gap for autistic people and addressing healthcare inequalities and a lack of support for newly diagnosed autistic adults and children.

Cusack lives with his wife Jenny, a GP, their two young daughters, aged seven and three, and their dog Molly, in Leighton Buzzard, Bedfordshire. At the time of writing, Jenny is working six days per week, so while leading Autistica, Cusack also spends some of his time homeschooling his oldest daughter. There is not a great deal of time for life outside work and family at present, but whenever possible, he is watching football – a keen Aberdeen fan – or out running (“most days, when I’m not injured”).

Looking a little further ahead, he is not sure he will always focus solely on autism, “because there are so many other exciting challenges out there”, linked to “innovation [that] can improve lives and address inequalities”.

But for now, he says he is “totally committed” to Autistica. “I want us to set big goals and deliver on them,” he says. “We are uniquely placed to deliver change, inspired by the best evidence and our community, [to] ensure autistic people have the guaranteed right to mental health treatment, to being understood, to healthcare, support and sustainable employment.” 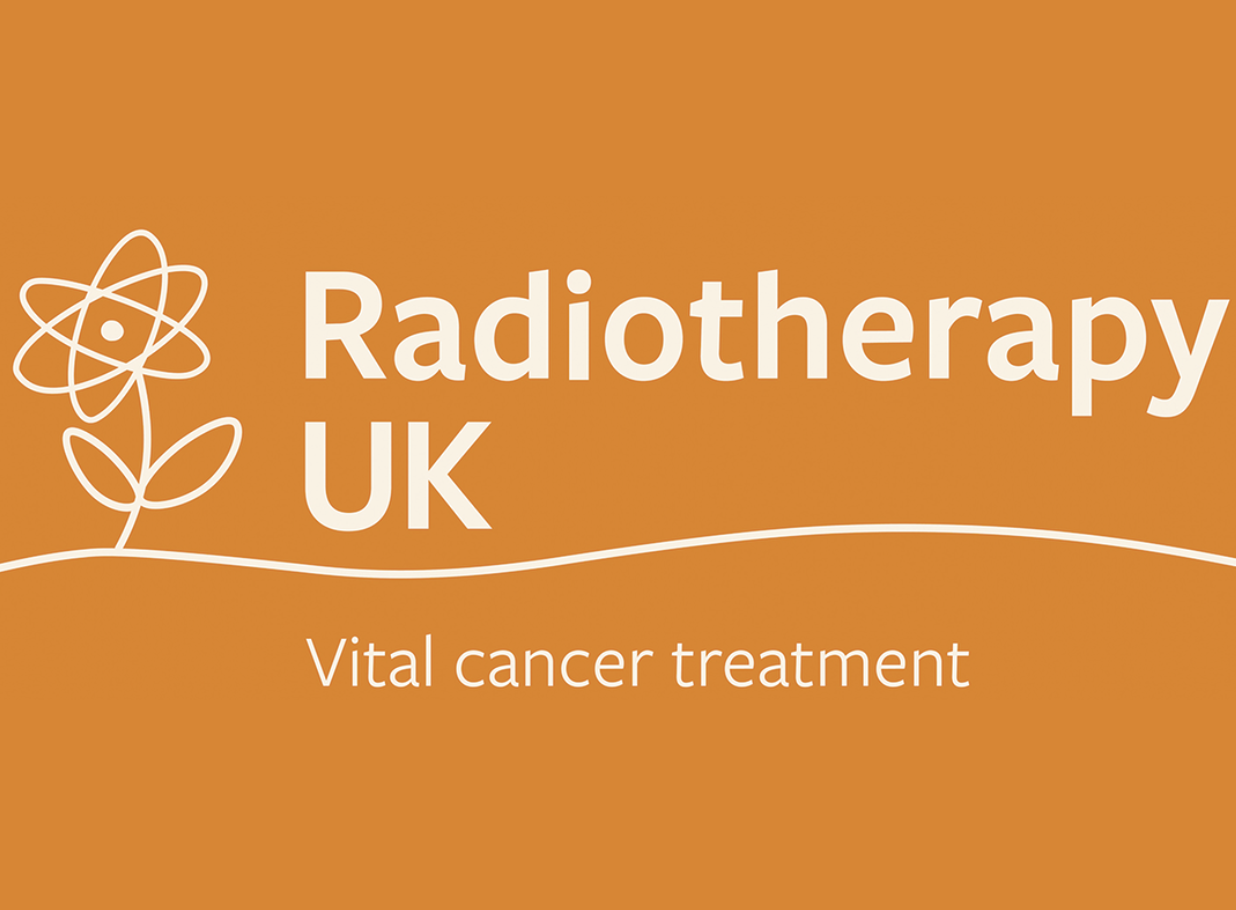