Career Ready CEO: 'We need to accept the reality that Gen Z are only in jobs for 18 months'

Generation Z are only in jobs for an average of 18 months and “we need to accept that reality,” the CEO of Career Ready has said.

Speaking at the inaugural Charity Leaders' Forum about young people working within charities, Ajasa-Oluwa said that across all sectors - including charities - young employees don’t often stay in roles past 18 months and 'we should accept that'.

Instead, Ajasa-Oluwa suggested a wider approach is taken in trying to keep young people working within the sector instead of a specific organisation.

Ajasa-Oluwa spoke on the subject of mentorship and paid internships for young people, suggesting these as a way of employee recruitment and retainment.

According to research by Career Ready, 87% of young people said it had a positive impact on them, and 90% said it helped them develop key employability skills.

The research also showed that 98% of those who had been mentored stayed in sustained education or employment, while 91% said it raised their career aspirations. Around 72% of mentors also reported a positive impact on wellbeing.

Ajasa-Oluwa also advised charities on the best ways of engaging young people. "Gen Z are one of the most socially conscious generations we’ve had, which charities can use to bring them into jobs", he said.

The first Charity Leaders' Forum, held online on 27 January, was focused on how organisations can build inspirational workplaces post-pandemic.

CEOs and senior leaders from across the industry attended the member-only event, which included sessions on wellbeing, learning and development, recruitment and empathetic leadership. 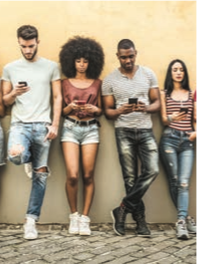 Career Ready CEO: 'We need to accept the reality that Gen Z are only in jobs for 18 months'