Social Finance has appointed its director of government and enterprise Adam Swersky as its next chief executive.

He succeeds David Hutchinson, who had been in the role since 2009 and announced he was departing last year.

Swersky has been with Social Finance since 2014, during which time helped launch a social impact bond focused on supporting people with mental health problems.

“I am delighted that Adam will be our next CEO,” said Social Finance chair David Blood.

“He is passionate about social change and brings a wealth of experience that will be invaluable as we work towards our vision of a fairer world where together we unleash the potential of communities.”

Swersky added: “It’s an honour to have this opportunity to lead the incredibly talented team at Social Finance. We work together with government, social sector partners and communities to help achieve better outcomes for those facing entrenched disadvantage.” 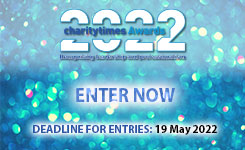