The newly appointed chair of the Charity Commission has quit just days before he was due to take up the post.

Martin Thomas’ candidature had been backed by MPs earlier this month and he was formerly appointed on December 10.

But the former banker has announced his resignation from the regulator after it emerged he has been the subject of misconduct complaints at a charity he had chaired, Women for Women International UK.

Allegations included sending a picture of himself in a Victoria’s Secret store to a female employee. He resigned as chair of the charity in May following an investigation into bullying related to a different member of staff. The charity had also reported their concerns to the Charity Commission.

The appointment of a new chair at the regulator is the subject of a legal challenge after former Culture Secretary Oliver Dowden indicated during the summer that he wanted to appoint a chair that would pursue an ‘anti-woke’ agenda.

His appointment had been welcomed by the charity sector as well as MPs sitting on the House of Commons DCMS select committee, who said that Thomas showed “a sound awareness of the challenges facing the sector”.

‘Lack of due diligence’

The NCVO has said it is “shocked” by the reports of misconduct and said that it is “right he has withdrawn from the role”.

However, it adds that it is concerned that Thomas was appointed given the claims around his behaviour at Women for Women International.

“That this did not come to light through the recruitment process raises serious questions about the due diligence undertaken,” said the NCVO.

It is calling for the “entire recruitment process” to be re-run and urged the DCMS not to “simply go back to the shortlist”.

We are shocked by the reports of serious misconduct by Martin Thomas, the incoming chair of the Charity Commission. It is right that he has withdrawn from the role. Our thoughts are with those impacted by his behaviour at Women for Women International. https://t.co/ejIVcuc4Yi

“The chair of the Charity Commission must be beyond reproach. These reports risk undermining the important work of the Commission and their role in regulating charities across the country,” added the NCVO.

Shadow culture secretary Lucy Powell MP said the “lack of due diligence” amid the “serious allegations” around Thomas’ behaviour “is mind boggling”.

She is also concerned about the lack of independence of the regulator, given Thomas’ reported friendship with the Prime Minister. Similar concerns were also raised around the previous chair Baroness Stowell, who was a former Conservative minister.

These are serious allegations. Lack of due diligence is mind boggling. Tories have messed about for years - appointing Baroness Stowell who politicised an impartial role, then a friend of the PM who is clearly unsuitable. Makes a mockery of independence https://t.co/D7zs5iHwJc

The Good Law Project, which is taking legal action against the government over concerns around alleged politicisation of the Charity Commission chair appointment process, has written to Culture Secretary, Nadine Dorries, asking her “to concede that the process leading to Martin Thomas’ appointment was deeply flawed”.

We’ve written to Nadine Dorries asking how on earth this happened. Were references taken up from Women for Women International? Did anyone check with the Charity Commission about his record before appointing him? https://t.co/apfbyLrv4M

“The independence of the Charity Commission is essential to the future of UK charities, which provide lifelines to countless people and marginalised groups. We will not stand by as its integrity is damaged by this appointment,” the Good Law Project added.

The DCMS has defended the selection process that had appointed Thomas.

"We accept the resignation of Martin Thomas as Chair of the Charity Commission," said a spokesperson.

"Martin has acknowledged his error of judgement during the application process and we acknowledge that he entered the process in good faith, without looking to mislead.

"All due process was followed in the search for a chair. We will now take steps to appoint a new Charity Commission chair and will provide an update in due course." 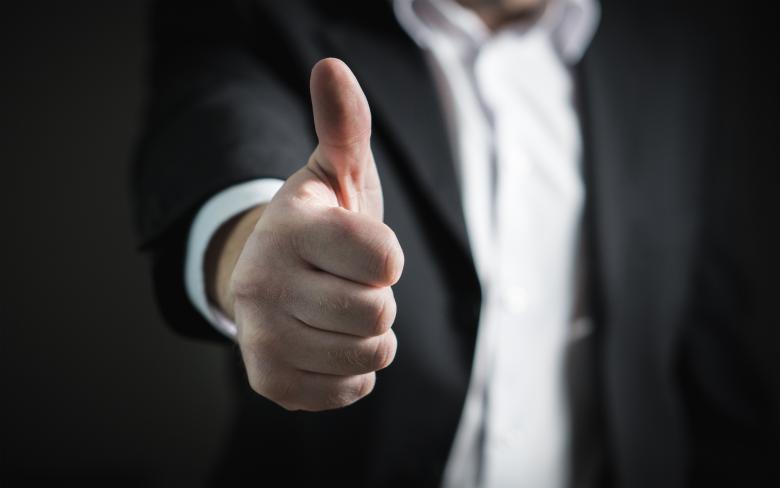