Dementia charity the Azheimer’s Society has landed a deal with the Football Association to be its official charity partner for the next two seasons.

The appointment follows a competitive application process and will be launched at English football’s season opening FA Community Shield, between Leicester City and Manchester City on 7 August.

The move comes amid continuing concerns around the links between football and dementia.

Among the most high-profile recent cases is that of former England striker Jeff Astle, who died in 2002 aged 59 after suffering with dementia. An inquest found his death was “by industrial disease”, due to his repeated heading of the ball.

Through the partnership the FA will work with the charity on fundraising initiatives and “ensure the FA and local football clubs up and down the nation can refer employees, players, former players and fans to the charity for dedicated dementia support,” according to the charity.

The partnership also aims to “bring dementia out of the shadows and tackle the stigma surrounding the condition, be raising greater understanding of dementia among the footballing community”.

The charity will also advice the FA and provide research to further understand the cause of dementia and risk factors.

In addition, FA’s employees will be offered the chance to volunteer for the charity.

‘Dementia friendly networks’ of FA staff, those with dementia and their families will also be set up through the partnership.

The FA is also planning to limit the number of headers footballers can make in training.

We are very excited to announce that Alzheimer's Society has been chosen as the official charity partner of @FA for the next two years!⁣

We'll be working together to raise vital funds, spread awareness, and ensure anyone who needs dementia support is able to access it.⁣ 1/ pic.twitter.com/wGbM6OG7u5

“Too many of my colleagues from the unforgotten team of ‘66 have been affected by dementia – a group of remarkable men,” he said.

"It’s incredibly exciting to see The FA partner with Alzheimer’s Society, especially after a huge year for the nation’s most-loved sport. This partnership has the potential to change the landscape of dementia in football on a massive scale.”

Alzheimer’s Society chief executive Kate Lee added: “Our partnership with The FA is a huge step in changing how people experience dementia within the sporting industry and couldn’t have come sooner." 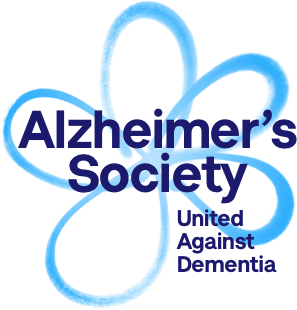