Age Scotland chief executive Brian Sloan is to step down after ten years leading the charity.

Sloan will remain in post for the next six months while the charity looks for a replacement CEO. The process to appoint a successor is now being put in place, said the charity.

Sloan said it was “the right time for me to leave the organisation”.

“It is imperative this transition for Age Scotland is handled with minimal disruption to the organisation. For that reason, the Age Scotland Board have asked me to stay on for six months to provide leadership while my successor is appointed and then to help ensure a smooth handover,” he added.

“Age Scotland is a fantastic organisation representing the most rapidly growing sector of our society who regrettably are undervalued, misrepresented and discriminated against despite contributing so much to Scotland.

“I will always support Age Scotland and know it will go from strength to strength and never lose sight of its responsibility to ensure the older people of Scotland are always empowered and their voices continued to be heard.”

Our chief executive @BrianMSloan is stepping away from his role after 10 years of dedicated and successful leadership supporting the interests of older people in Scotland.

Age Scotland chair Stuart Purdy said: “On behalf of the Board and all of our team at Age Scotland, I thank Brian for his leadership, his commitment and the impact and results he and his team have delivered in support of older people.

“Brian’s leadership over the last ten years of his service sets him apart and he will be much missed by the whole team at Age Scotland and by our many supporters and partners.” 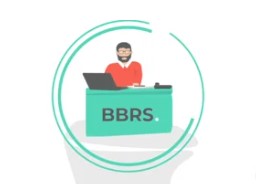 Time running out for charities to tackle unresolved banking disputes