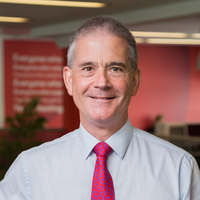 Simon joined the British Heart Foundation in March 2013. Before joining the BHF, he was Chief Executive of the Multiple Sclerosis Society for seven years. Like far too many people in the UK, Simon has a personal connection with heart disease – his Father died of a heart attack in 1979. As part of the BHF’s ‘Beat Heartbreak Forever’, Simon runs and walks to raise money for the BHF’s work. He is also the President of the European Heart Network. He previously worked as Head of Operations at the Healthcare Commission, where he was responsible for the inspection of NHS and independent healthcare facilities in England. From 2000 to 2004, he was Director of Operations at the Charity Commission, modernising the regulation and support of the 180,000 registered charities. His earlier career was with the Royal Navy, including time as Commanding Officer of HMS Sheffield and as an advisor to government ministers. Simon has extensive experience of charity and non-profit governance.