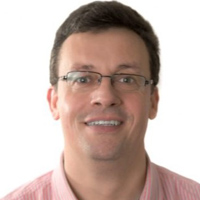 Ed Gairdner is the Chief Operating Officer at The Good Exchange, responsible for the transformational cloud platform that matches organisations and individuals with money to give to good causes to those who need it most.
Before joining The Good Exchange, Ed was Director – Security & Business assurance at Huddle, a global Software-as-a-Service (SaaS) collaboration solution and previously, Operations Director at FastMarkets, a subscription-based cloud platform for metal markets information. After graduating, Ed spent twelve years in the British army, finishing as a Major in The Queen's Royal Hussars. After the army, Ed provided project management support to entrepreneur James Caan for 9 months (best known for his role on BBC’s Dragons’ Den).